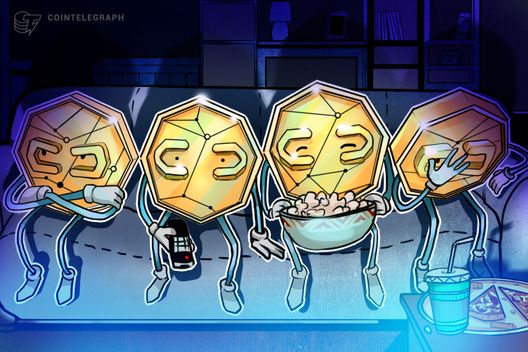 Popular sitcom Silicon Valley features ‘51 percent attack’ on Pied Piper crypto token – but is such an attack as damaging as the show suggests?

Most modern technological marvels make their way into mainstream media, but a select few are influential enough to feature on some our favourite TV shows.

Bitcoin and cryptocurrencies are no exception, having captured the imagination of millions around the world during a breakout period in 2017.

Primarily driven by Bitcoin’s astronomical boom in value as the year drew to a close, people from all walks from life had either heard about Bitcoin or were actively looking to get involved.

With mainstream media headlines came all the fanfare with it, and popular TV show writers weren’t about to be left behind. This led to Bitcoin being covered by famous comedians Ellen Degeneres as well as John Oliver on their respective shows.

Both comedians gave satirical takes on Bitcoin. While these should be taken with a pinch of salt, both celebrities reach millions of viewers on their shows, meaning whatever perception is portrayed has the chance of influencing a significant number of people.

Bitcoin and cryptocurrencies have also featured in popular TV shows over the last few years, with Big Bang Theory being a notable series to have talked about Bitcoin. Following in their footsteps, some of the narrative of Silicon Valley’s season 5 is heavily centred around the topic.

For those unfamiliar with the show, Silicon Valley is centred around the lives of five programmers and a startup company based in Silicon Valley, California. If you’re a fan of the show, and haven’t watched season 5, this is an official spoiler alert!

The star of the show Richard Hendricks creates an app known as Pied Piper which is a data compression platform. The show ebbs and flows between projects succeeding and failing in a parody of the real world of IT startups.

The fourth and fifth season, which aired in 2017 and 2018 respectively, slowly introduce the concept of decentralized blockchain systems and cryptocurrency using the characters in the show.

The protagonist, Richard, comes up with a revolutionary idea in season 4. He dreams up a decentralized, peer-to-peer internet using a network of cellphones which eventually ties into the original Pied Piper app.

The idea has even led to the creation of a parody website, while actual projects like Storj and Sia are just two examples of real-world working examples of decentralized data storage services powered by blockchain technology.

Season 5 is centred around the actual development of Richard’s new decentralized internet. Midway through the season, Richard loses funding from an investor, and his software engineer Gilfoyle suggests that they launch an initial coin offering (ICO) to fund the project.

While the ICO doesn’t exactly raise millions, the team continues development. The series finale however, brings forth an interesting scenario for some real world cryptocurrencies.

A newly introduced ‘villain’ teams up with regular character Laurie, and launches a ‘51 percent attack’ on Pied Piper’s system.

In essence, if a group of miners gains control of 51 percent of a cryptocurrency’s hashrate, they will be able to control transaction confirmations, allowing them to halt transactions and even be able to reverse and double-spend coins. More information can be found in Cointelegraph’s guide to proof-of-work algorithm.

In the show, we’re told that the attackers could delete users and developer apps and crash their newly created token.

While this makes for really good TV – we need to take a step back and consider if this is truly representative of what could actually happen in real life.

This phenomenon is not new to the cryptocurrency community and was a talking point when Bitcoin’s scaling debate was heating up in 2017. It’s still relevant today, and planned upgrades to Ethereum’s network could rule out this type of attack.

Notably, smaller cryptocurrencies like Krypton and Shift were hit by these attacks back in 2016.

Cornell University professor and developer Emin Gün Sirer believes the extent of these attacks is slightly embellished on the show:

“Miners at 51 percent or more have a lot of powers, but they do not have the ability to change the actual rules of the system, nor can they usurp funds. They can rewrite the existing blockchain in a limited fashion: they cannot introduce transactions that don’t already exist, they can omit any transaction that they want, and they certainly cannot change any of the existing rules.”

As Sirer suggests, Hollywood often takes liberties when it comes to the depiction of real-world scenarios. That is the art of storytelling on television, the bigger and bolder a story or scenario the more exciting it is for the viewer.

While there wasn’t a lot of reaction to the actual season 5 finale, Alphabitfund analyst Brad Mills shared a link on Twitter that raised concerns around the actual creation of a Pied Piper cryptocurrency.

As pointed out by Mills, the coin is not affiliated to the show’s producers HBO, but was created in May through an airdrop.

It is with sadness & disappointment that I report how @piedpipercoin has transformed from one of the best parodies in Crypto, to a cheap get-rich-quick scheme by opportunists, non-affiliated with HBO or the Silicon Valley show ????

It started out fun, now it’s just another scam. pic.twitter.com/36FrkeoMGz

This piedpipercoin situation shows the popularity of the TV show – with enough people interested in an actual token inspired by Silicon Valley.

There’s no doubt that there will be more of a spotlight on this airdropped token in the coming weeks.