After massive correction, the market saw in 2018, let’s take a look at biggest Bitcoin’s jumps over its history.

One of the most popular memes on the cryptocurrency subreddit r/bitcoin, arguably the largest concentration of Bitcoin enthusiasts on the internet, depicts a cartoon coin riding a roller coaster with its hands waving wildly in the air. On days when Bitcoin is skyrocketing in price, the meme shows the rollercoaster launching straight upward, and on days when Bitcoin is crashing, the funny facsimile is seen enduring a near-vertical drop. This dual-sided internet joke has accompanied nearly every significant movement in Bitcoin’s price in recent years and is telling in its frequency.

Bitcoin is perpetually rising and falling in relative fiat value, and even early 2018’s 70% decline isn’t surprising, nor is it the worst ever witnessed. Even amidst the most sickening of freefalls, experienced traders remain unfazed, because they’ve been there before. Holding through a correction is almost a rite of passage for cryptocurrency investors, and the group’s most experienced veterans have endured more than their fair share over the years.

The early days of Bitcoin were its ‘Wild West’— a time when very few exchanges made trading possible, and when only the bravest of the brave dipped their toes in. Such conditions were all but starved of liquidity, and so when the price began rising from around $0.95, the incline and the following drop were some of the steepest ever recorded. 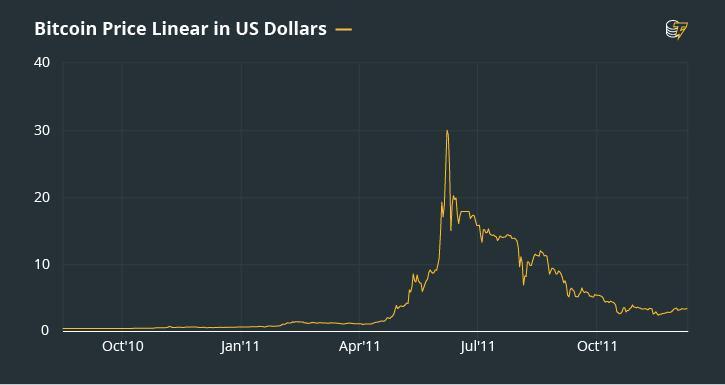 In mid-June 2011, Bitcoin’s price reached as high as $32.00 per coin before tumbling all the way to $2.00 in November. At a 94% decline, this crash still maintains its record and holds painful memories for early investors, though those who held strong are now counting their lucky stars (and wads of bills). Looking back, this double-digit all-time high seems low, but one must remember that there was a fraction of today’s volume and interest. Bitcoin was still a largely unknown thought experiment, and no one had any indication of its future. Accordingly, $32 seemed like a good time to take profit, especially after such a spike, and other traders began to capitulate.

The second significant crash happened just months after Bitcoin bottomed out at $2.00 per coin. Though the price had more than doubled from lows by the end of 2011, the market was still fearful, as it had watched the cryptocurrency fall from $32.00 only recently. Starting the year at an optimistic $4.50, Bitcoin increased in January to over $7.00. However, dip buyers today should look to this time and take note, as it exemplifies an important fact: Bitcoin isn’t guaranteed to reach its previous all-time high before correcting once more. From around $7.40, it took a frightening 49% decline to just $3.80 in late January, shaking out some investors who had held through November’s debacle. 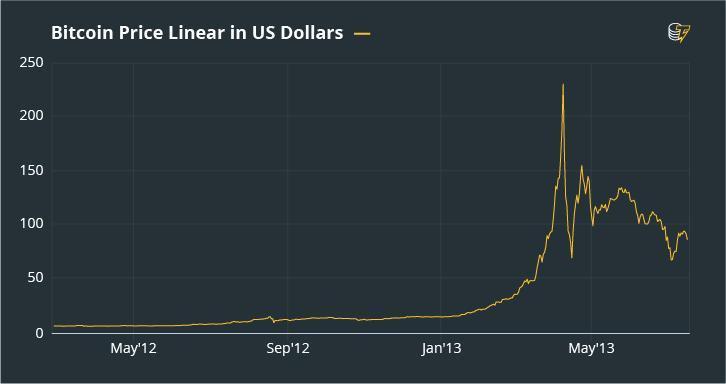 Many new exchanges and traders, in addition to expanded media coverage helped Bitcoin recover quickly, and it put on gains at a feverish pace until April, where bulls finally capitulated at a price of $260.00, breaking well into the triple digits. An outage at the then most popular exchange, Mt. Gox, was also credited as impetus for the decline. Profit-taking turned into a full-on freefall down to $40.00, for a total loss of 83%.

Known as the biggest and most exemplary of Bitcoin crashes, it’s no surprise that the infamous 87% decline happened in November 2013. As the latest buildup to $20,000.00 indicated, Bitcoin bull runs tend to spin into a frenzy late in the year. As many predicted, November to January 2014 is a near mirror-image of the last four months, with a huge influx of new traders and media attention helping bitcoin reach unthinkable highs. 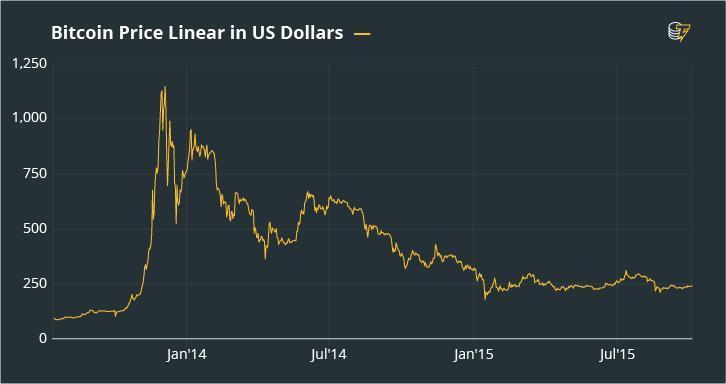 In late 2013, the price was nearing $1,200.00—a psychologically significant price that helped the subsequent decay last for years. With a total of 411 days in correction, helped in part by the epic implosion of Mt. Gox and erasure of almost $500 million, the post-November low was only reached in January 2015 at about $150.00.

Five years on the dot after Bitcoin’s four-figure debut, the king cryptocurrency skyrocketed past the five-figure mark at $10,000.00 and pushed all the way to $20,000.00 before losing steam. The two years’ prior would prove to be some of the best opportunities to buy, and even those who purchased bitcoin at the year’s opening price of $750.00 gained significantly. In December, a small correction down to $14,000.00 wasn’t enough to stop momentum, which quickly took it back to $17,000.00 before breaking down. Concerns about Bitcoin’s sustainability, especially with a plethora of impressive alternative solutions being released, only made the selloff more extreme. Support emerged near $5,900.00—the mid-to-late 2017 level when the cryptocurrency pricing began exhibiting a near exponential rise. A total decline of over 70% could go lower, if 2013 is anything to go by, but markets are optimistic for 2018.

If anything, this long history of repeated boom and bust is an optimistic signal. Once Bitcoin entered the headlines, it never left, and it continues to snowball in popularity with retail investors and media attention the longer it stays relevant. Throughout regulatory pressures, technical difficulties, and many more corrections than the ones highlighted above, the cryptocurrency has remained at the forefront of the Blockchain revolution.

Bitcoin’s fate is tied to more than its believers, however, and the multi-year struggle that occurred post-2013 demonstrates that the path back upwards isn’t always straight. With its whales creating waves whenever they like, miners searching for other ways to profit, and a new futures market, Bitcoin’s outlook remains anything but transparent.