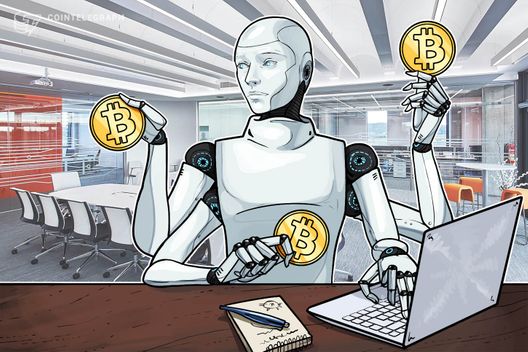 An AI compilation published on Youtube Tuesday that used pre-existing Bitcoin (BTC) explainers to come up with its own “basic stage training” on Bitcoin has resulted in almost complete nonsense, Mashable reports May 22.

Created by Botnik Studios, which describes itself on Twitter as a “human-machine creative force,” the Youtube video is a voice over of the texts generated by an AI that used “predictive keyboard trained on dozens of Bitcoin explainers.”

In order to introduce the viewer to the coin, the video first explains that “Bitcoin is the most valuable form of electricity.” The AI explainer then teaches the viewer exactly how Bitcoin transactions work according to its generated text:

“Randomly pick a number between one and 30,000. Now spend that amount of money on Ethereum. This is known as hashing the code to get some of that Bitcoin.”

The video also touches on the topic of blockchain, which a user can gain access to by installing “exploit.bin, and it will remind you every day of your biggest nightmares.”

Having Bitcoin – whose most popular form is the “Wild Richard” which can be used to pay for “counterfeit coffee” – is described as having advantages despite its risks:

“One benefit of Bitcoin is that you can upload a version of your future self on the darknet, but it will kill your retirement account, because it is over 1,000 years old.”

The video ends with two warnings to all viewers, the first being that the “safest way to protect your Bitcoin wallet is simply to lose it,” and the second touching on a more personal subject:

Cointelegraph has its own series of explainers that were not created with AI, including ones on Bitcoin, Bitcoin mining, blockchain, and crypto wallets.