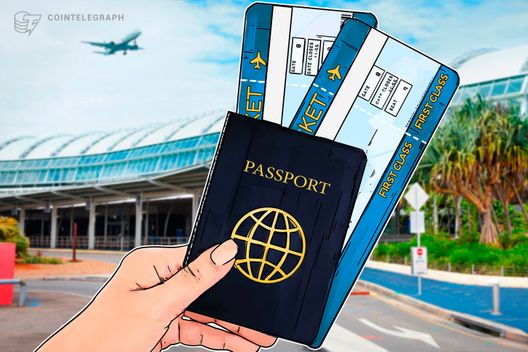 The government of the state of Queensland, Australia, has invested in a crypto tourism startup to boost the tourism sector in the province.

The state government of the Australian province of Queensland will issue a grant to a crypto startup as part of over $8.3 million of innovation funding, according to an official announcement published August 1.

According to the government statement, the TravelbyBit digital currency payments platform for the travel and tourism industry is one 70 companies that will receive Advance Queensland Ignite Ideas funding, which supports entrepreneurs in Queensland in developing their businesses.

The company’s objective will be to boost the number of tourists to Central Queensland through selling travel offers with cryptocurrencies and creating more jobs. Innovation Minister Kate Jones said:

Co-founder and CEO of TravelbyBit Caleb Yeoh said that the company has partnered with Brisbane Airport Corporation to launch the “world’s first digital currency friendly airport” and has already implemented a blockchain-backed point-of-sale system in regional tourist towns. According to Yeoh, travelers can pay with Bitcoin (BTC), Litecoin, Dash, Ethereum, XEM and soon BNB. Yeoh said:

“We have more than 150 merchants across Australia using our system and this funding, to develop a purpose-built platform that will accept digital currencies from anywhere in the world, will allow us to add jobs not only directly to our team but also across the broader tourism industry.”

Australia is not the first country to integrate digital currencies into the tourism sector. Earlier this spring, the German National Tourist Board (GNTB) announced that it started to accept BTC and other cryptocurrencies as a form of payment for its services. In June 2014, IrishCoin was launched to boost the tourism sector in Ireland. The coin aimed to promote tourism by acting as a discount voucher at participating bars, restaurants, hotels, and tourist attractions. At press time, IrishCoin is trading at $0.0065 with a market capitalization of $231,648, or 30 bitcoins (BTC).