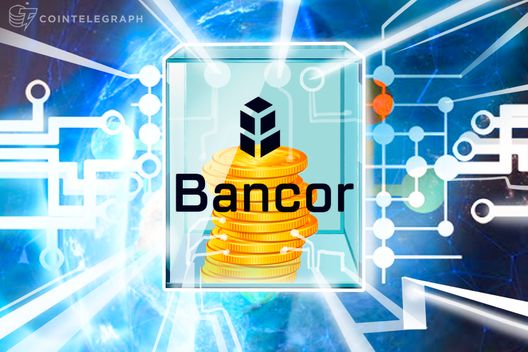 The Bancor Network, a decentralized digital currencies exchange, announced the launch of its native wallet with built-in access to automated token conversions.

The wallet symbolizes the next step in the the company’s development of a liquidity solution aimed at making digital currencies operable by common users, including crypto amateurs. The company claims that users are now able to convert their virtual currencies directly from their wallets, without needing to match two parties in an exchange:

“The Bancor Protocol makes tokens always available for buying and selling directly from within the wallet, giving users continuous access to any Blockchain-based project, regardless of how frequently its token is traded on exchanges.”

According to Bancor’s statement, over 100 Blockchain apps with their own cryptocurrencies have already announced integration with the Bancor Network, including such popular tokens as ETH, EOS and DAI. Bancor reportedly neither holds nor has access to customer funds, which in turn enhances the wallet’s security.

Founded in June 2017, Bancor has now surpassed other top decentralized exchanges like IDEX, Waves Dex, and Openledger Dex in terms of trade volume.

Most digital currency exchanges have centralized components, which make them potentially  vulnerable to hacking attacks, like Mt.Gox and Coincheck. Users at centralized exchanges entrust their funds and private keys to a third party, making it supposedly easier for hackers to steal user data and cause massive losses.

Decentralized, or peer-to-peer, exchanges exclude a middleman and the necessity to rely on a third party service to hold customers’ funds. The trading mechanism of such exchanges is based on smart contracts and atomic swaps, so users are always in control of their funds. Decentralized trading platforms are also believed to provide more anonymity and be more resistant to hacking attempts.

A recent study on the liquidity of cryptocurrencies and digital assets based on the ‘slippage method’ showed that the trade volumes of major centralized cryptocurrency exchanges may be greatly inflated by third parties.