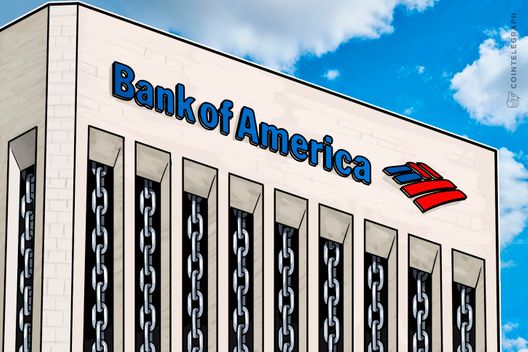 Bank of America CTO Kathy Bessant has told mainstream media customers will continue to be banned from buying Bitcoin using its credit cards.

Bank of America (BoA) doubled down on its decision to stop customers buying Bitcoin with its credit cards May 10. The bank’s official called cryptocurrency “troubling,” according to CNBC.

Speaking to CNBC in an edition of the network’s Squawk Box segment, BoA’s CTO Kathy Bessant said that cryptocurrencies are “designed to be not transparent” and thus hinder banks’ attempts to catch “bad guys.”

“As a payment system, I think it’s troubling, because the foundation of the banking system is on the transparency between the sender and the receiver, and cryptocurrency is designed to be nothing of the sort, in fact [it’s] designed to be not transparent,” she told the program.

BoA caused friction with its cardholders when it instigated the Bitcoin purchasing ban in February.

The move saw JPMorgan and Citigroup follow suit, the former nonetheless subsequently finding itself at the center of a consumer lawsuit in April over “fraudulent” purchase fees.

For Bessant, however, cryptocurrencies still represent the opposite of financial transparency.

“The way we sort of quote-unquote catch bad guys is by being transparent in the financial moment of money. Cryptos is the antithesis of that,” she added.

Weeks after the initial ban, BoA produced a report conversely identifying future risks to its business, in which it highlighted its “inability to adapt” to the competition cryptocurrency poses.