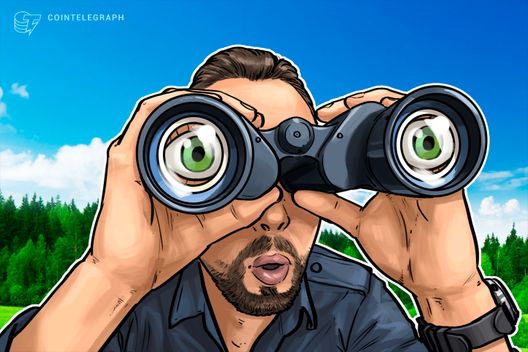 Leading cryptocurrency exchange Binance has released a demo of its decentralized exchange, saying not “to expect too much” at the moment.

The CEO of cryptocurrency trading platform Binance Changpeng Zhao announced a demo of the platform’s decentralized exchange in a tweet today, Aug. 9.

In a six-minute video attached to the tweet, Zhao presented a “casual, early, pre-offer”  demo of the decentralized exchange. The CEO said not “to expect too much” for now, adding that it currently does not have a graphical user interface:

A first (rough, pre-alpha) demo of the Binance Decentralized Exchange (DEX), showing issuing, listing and trading of tokens. All cli based, no GUI yet. A small step for #BinanceChain, a big step for #binance. https://t.co/2aXkR0gclP

Zhao showed three essential features of the planned exchange, those being the creation, listing, and trading of tokens. As Zhao did not disclose the launch date, it remains to be seen when the exchange will be marketed and what volumes it will be able to handle.

Decentralized exchanges are lauded as more secure than their centralized counterparts, which are more vulnerable to hacks. Decentralized platforms are set up in a manner which allows users to retain ownership of their coins using private keys. This solution reportedly prevents cryptocurrencies from being accumulated in one centralized “honeypot,” or point of attack.

Earlier this month, Binance bought Trust Wallet, an open source, anonymous, and decentralized wallet that supports Ethereum and over 20,000 different Ethereum-based tokens. Zhao then said that Binance plans to list Trust Wallet as a default wallet on its decentralized exchange.

Binance, which moved its operations to Malta this spring, is the number one crypto exchange by trade volume, according to Coinmarketcap. In July, the exchange supported plans to create a blockchain-based bank with tokenized ownership. The future “Founders Bank” will reportedly be owned by digital token investors and be based in Malta, known for its robust and transparent crypto regulatory climate.