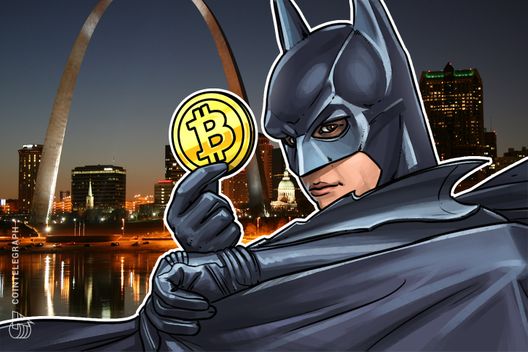 The president of the St. Louis Fed says the US dollar could end up “threatened” by Bitcoin, notes crypto’s ability to cut costs in trade.

A top US policy maker made mostly positive remarks about Bitcoin, also not ruling it out as a potential “threat” to the US dollar, in an interview with CNBC Monday, May 14.

Speaking to CNBC on the sidelines of the Consensus 2018 conference in New York Monday, St. Louis Fed president James Bullard also identified positive aspects of cryptocurrency, namely revolving around cutting costs in trade. He stated that crypto is “facilitating trade that would not otherwise occur. Some of that’s illegal, but some of that is avoiding costs that would otherwise be there.”

Asked whether Bitcoin was a threat to the US dollar, Bullard voiced uncertainty about the  potential competition the leading cryptocurrency could pose, saying, “I don’t think so at this point […]. We don’t know how the future’s going to unfold.”

“My idea is that there’s a lot of currency competition going on right now,” Bullard meanwhile continued on the topic of dollar supremacy, adding:

“The dollar has been the winner historically because it’s backed by the largest economy and a relatively stable policy in terms of low inflation and that’s going to be tough to beat. But a lot of people here want to beat it.”

On the topic of blockchain, Bullard was much more openly bullish, saying:

“we think blockchain technology is very interesting [..] we want to be very engaged and thoughtful as this proceeds.”

He also responded to a question of whether or not the Fed was considering issuing its own cryptocurrency, saying noncommittally, “we can certainly look at that as a possibility. And there are different parts of the Fed that look at all kinds of applications of blockchain technology. But I wouldn’t say there’s any plan at this point.

The comments continue the trend of general crypto support from the St. Louis Fed. In January this year, the reserve bank published a dedicated paper titled “A Short Introduction to the World of Cryptocurrencies” in which researches forecast it was “likely” that Bitcoin and altcoins would “emerge as their own asset class.”