After yesterday’s nosedive, Bitcoin continues to trade around the $7,000 mark, while other major coins show modest signs of recovery.

August 5: After yesterday’s market nosedive, Bitcoin (BTC) is up just slightly, hovering around the $7,000 mark. All major altcoins are however showing marked signs of recovery, up between one and seven percent, as data from Coin360 shows.

Bitcoin (BTC) is trading around $7,040 to press time, holding ground on the day after its rapid tumble yesterday back to a price point not seen since July 17. The leading cryptocurrency could now be eyeing $6,800 as a short-term support, after several faltering pushes above the $7,000 threshold earlier today failed to hold. Bitcoin’s weekly losses are now at around 14.05 percent, with monthly gains pinched to just under 8 percent. 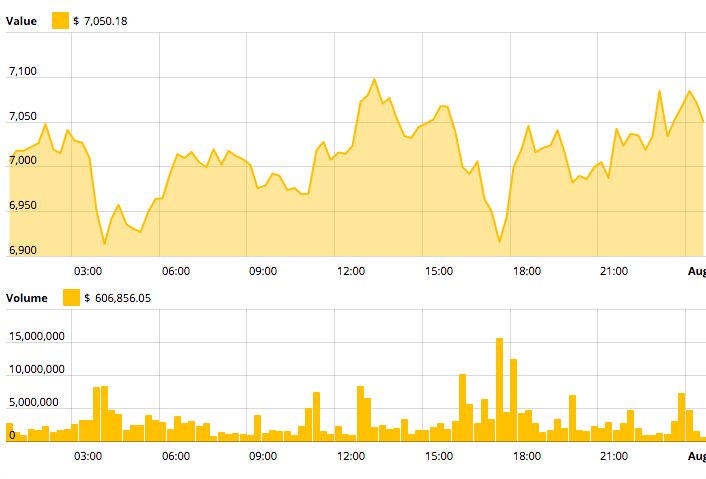 Ethereum (ETH) is seeing slightly more significant daily gains, up 1-2 percent to trade around $412 at press time. The leading altcoin has nonetheless sustained a gradual decline to lose over $50 in value on its weekly chart, posting around a 11.35 percent loss. On the month, Ethereum is down 11.66 percent. 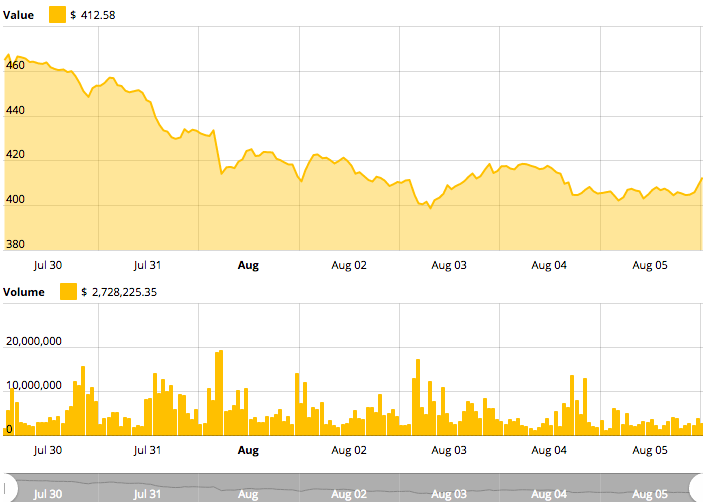 On CoinMarketCap’s listings, all of the top fifteen coins are in the green, posting more solid gains between one and seven percent on the day.

Among the top twenty coins by market cap, Ethereum Classic (ETC) is also seeing significant gains, growing 7.17 percent on the day and trading around $17.44 at press time. The altcoin’s mini rally kicked off late August 3, likely buoyed by news of its imminent listing on major U.S. crypto exchange and wallet service provider Coinbase, set for August 7. 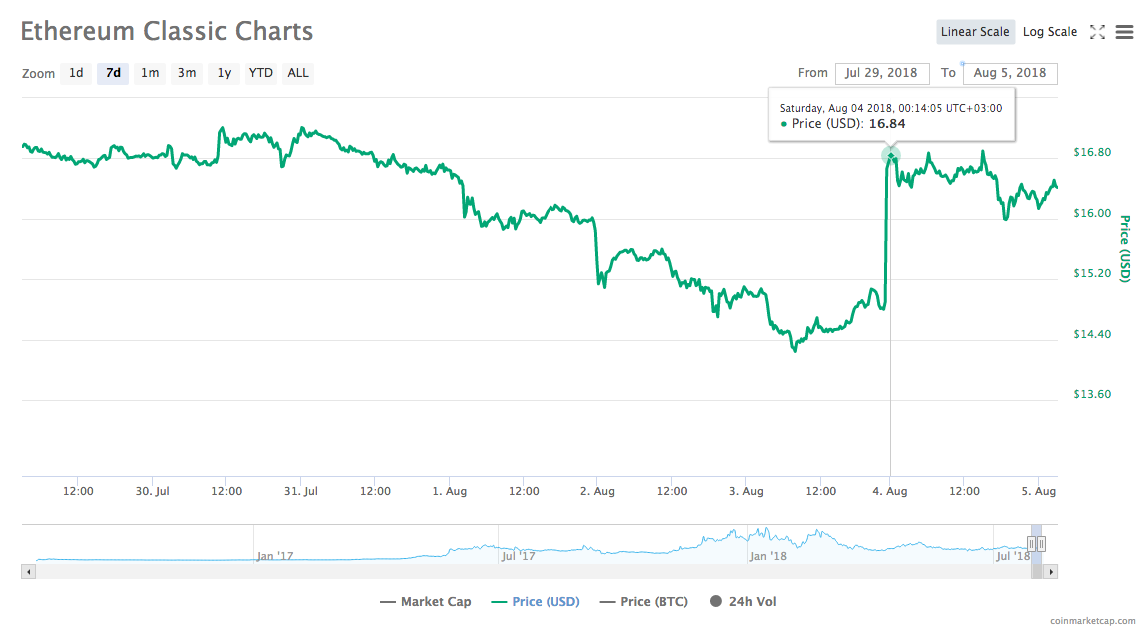 Total market capitalization of all cryptocurrencies is around $257.2 billion at press time –– up а solid $5 billion from yesterday’s low at $252.3 billion. Nonetheless, the markets have lost around $50 billion since late July’s rally to reach over $303 billion.

As the market tumbled Friday, the week’s major news remains the bullish revelation that the Intercontinental Exchange (ICE) – the operator of 23 leading global exchanges including the New York Stock Exchange (NYSE) – plans to create a Microsoft cloud-powered ecosystem for digital assets that would cover the spectrum from federally regulated markets and warehousing to merchant and consumer needs.

As Cointelegraph reported today, Starbucks, one the enterprises partnering with ICE to build the digital asset ecosystem, clarified that it will not be accepting Bitcoin (BTC) or other cryptocurrencies as payment, following misleading reports from mainstream media.

ICE has further revealed it will be offering physically-delivered BTC futures contracts as of this November – as long as it gets the green light from the U.S. Commodity Futures Trading Commission (CFTC).

Some analysts have suggested that the physical delivery would herald a significant institutionalization of the crypto landscape and be bullish for the markets – as distinct from the cash-settled Bitcoin futures contracts currently traded on CME and CBOE exchanges.