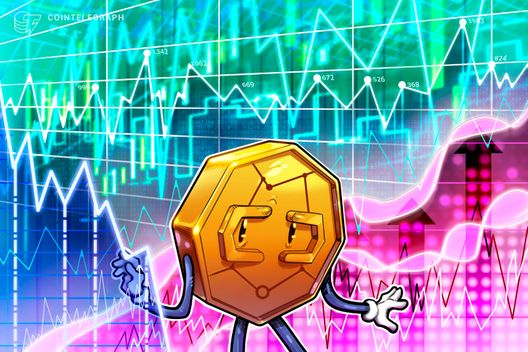 Friday, Jan. 25 — the top 20 cryptocurrencies are reporting discreet price action in mixed directions on the day to press time. Bitcoin (BTC) is hovering under $3,600 again, according to Coin360 data.

At press time, Bitcoin is seeing virtually no change on the day, trading at around $3,590, according to CoinMarketCap. Looking at its weekly chart, the current price is about $100 lower than $3,668, the price at which Bitcoin started the week. Bitcoin’s intraweek high hit just over $3,700 on Jan. 19.

Ripple (XRP) has kept its value mostly stable in the 24 hours to press time, trading at around $0.314, losing just half a percent on the day. On the weekly chart, the current price is lower than $0.326, the price at which XRP started the week — and down from $0.333, the midweek high reported on Jan. 19.

Second largest altcoin Ethereum (ETH) has also seen its value decrease by about half of a percent over the last 24 hours. At press time, ETH is trading at $116, having started the day about one dollar higher. On the weekly chart, Ethereum’s current value is lower than $122, the price at which the coin started the week.

Among the top 25 cryptocurrencies, the ones experiencing the most notable price action are Binance Coin (BNB) and Ethereum Classic (ETC), which are both up over 3 percent.

The combined market capitalization of all cryptocurrencies — currently equivalent to about $119.7 billion — is lower than $122.1 billion, the value it reported one week ago.

As Cointelegraph recently reported, analysts at JPMorgan Chase have predicted that Bitcoin could fall below $1,260, while banks will not benefit from blockchain for at least three to five years.

Also, recently news broke that 40 percent of institutional investors believe blockchain may be the most important innovation since the internet, according to a survey by trade association the Global Blockchain Business Council.

In major industry news from today, United States-based health insurance giant Aetna has partnered with IBM and other major insurers to create a blockchain network tailored to the healthcare industry.