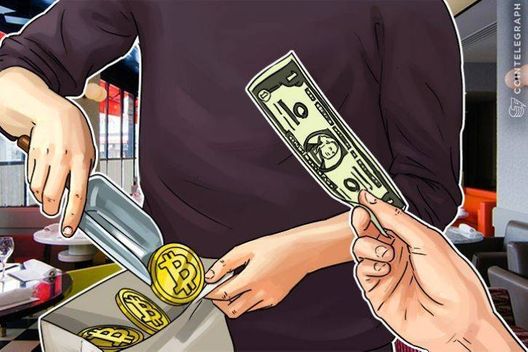 The Chief Scientist of Quebec, who advises policy makers on scientific matters, released a statement saying that concerns over the criminality of Bitcoin are overblown.

The Chief Scientist of Quebec Rémi Quirion says public concern that Bitcoin is being used for illicit activities like tax evasion and money laundering is largely overblown, Forbes reports April 18.

The statement prepared by the l’Agence Science-Presse, which is a partner of Fonds de Recherche du Québec, said, “Bitcoin is not above the law, nor is it a magnet for illicit transactions: it forms only a tiny part of the criminal money circulating around the planet.”

They add that the transparent and public nature of the Bitcoin Blockchain, where transactions are recorded and distributed across a global network, is not an ideal platform for engaging in anonymous criminal activity.

“The anonymity of Bitcoin is a myth, [it] is no more transparent as money, because you have to go through a platform where you have to give personal information. At the limit, if the name is not his, we always know the address of the transmitter and that of the receiver.”

The statement cites a study from the Center for Sanctions and Illicit Finance of the Defence of Democracies Foundation, stating that “dirty Bitcoins” only represent 0.61 percent of trade and conversion services between 2013 and 2016. The largest proportion in the targeted period was 1.07 percent.

Geneviève Bruno of the Quebec provincial police, Sûreté du Québec, said that money laundering via Bitcoin is “not an emergent phenomenon here and we do not have any records related to that.”

The agency also characterizes allegations of tax evasion via Bitcoin as “anecdotal” adding:

“Most users do not have the skills for themselves [to] manage their portfolios and exchange platforms or online portfolios are already subject to anti-money laundering rules…Since Bitcoin is transparent, it will be very easy to identify all the people trading on an online exchange or portfolio platform.”

While the statement largely refutes allegations of Bitcoin as a tool for criminals, it does urge investors in Bitcoin to remain cautious and exercise due diligence, adding that the ultimate responsibility falls upon the user.

Last month, the operator of the Toronto Stock Exchange, TMX Group, announced that one of its subsidiaries had entered into a partnership to open a cryptocurrency brokerage firm in Canada.