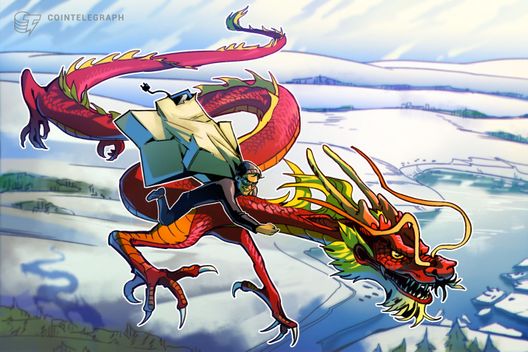 600 seized computers used for Bitcoin mining in China could well be the same 600 stolen from Iceland three months ago.

Given the surge in popularity of cryptocurrencies over the past few years, mining has become a seriously lucrative endeavor. All over the world miners have set up operations, big and small, as they look to capitalize on dwindling Bitcoin rewards from processing transactions and validating the blockchain.

With plenty at stake, the costs of setting up even a small operation can be hefty, from the actual hardware to cooling systems and electricity consumption. However, those with enough capital to buy the best hardware, namely ASIC miners, put themselves in a commanding position.

But that also makes them a target for criminals. Whether these crooks want to hack your system and steal your valuable cryptocurrency or make off with your physical hardware, the potential dangers are real.

The latter scenario grabbed headlines this month, as over 600 computers used to mine Bitcoin have been seized in China, valued at over $2 mln alone.

From Iceland to China?

The seized equipment is being linked to a series of thefts in Iceland late last year. Three separate incidents spanning from December to January led to a total of 600 computers being stolen by a number of culprits.

The Associated Press reported that eleven people were initially arrested, while two men were kept in custody for the burglaries — one of which took place in January at a data center that was housing computers used for Bitcoin mining.

Icelandic IT firm Advania produced surveillance footage of thieves stealing computers from a data center in Reykjanesbær in January, which positively identified the two men that were in custody, according to local news outlet Visir.

In April, one of the culprits managed to escape from custody and fled to Sweden using a fake passport to board a flight to Stockholm. Sindri Þór Stefánsson later said he would return to Iceland in a statement. He claimed he had the right to travel at the time since his custody ruling had expired on April 16.

To date, Icelandic authorities have been unable to trace the stolen equipment. Police had asked IT service providers, electricians, and storage units in the country to report any unusual spikes in power use in the hopes they could track down the stolen mining computers.

Two months later, Chinese police seized 600 computers in Tianjin in what seems to be more than just a crazy coincidence. The operation caught the attention of Tianjin police after the local power grid operator reported abnormal electricity usage at the location where the equipment was being operated.

Given that the number of computers is exactly the same, there’s a good possibility they could be the PCs from Iceland. Icelandic police have reached out to Chinese authorities to try and link the two cases.

Still need to be connected

Icelandic authorities are still waiting on their Chinese counterparts to respond to their requests for collaboration. If and when they do, it shouldn’t be difficult to link the computer equipment at the very least. Given that the computers were stolen from Advania’s data center, it’s almost certain that the serial numbers of components will be available.

This could then be cross-checked with the computers seized in Tianjin to positively link the hardware. While the owners of the hardware will no doubt be pleased to recover their property, the investigation has the potential to uncover a nefarious crime syndicate.

Icelandic police commissioner Olafur Helgi Kjartansson was quoted saying, “This is a grand theft on a scale unseen before,” adding that it was a “highly organized crime”. With numerous suspects being investigated in both China and Iceland, authorities have the chance to apprehend criminals that are preying on the cryptocurrency community.