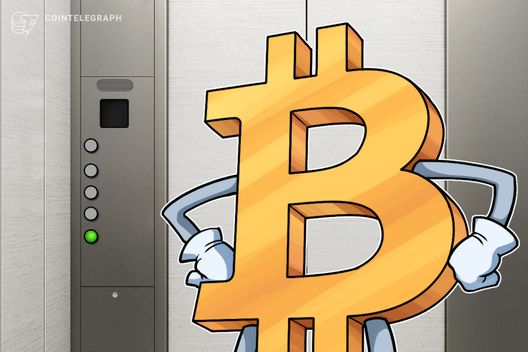 Key technical parameters signal that top cryptocurrency Bitcoin may be finding a bottom, and could even be headed for a short term price hike, Bloomberg analysts say.

Key technical parameters signal that top cryptocurrency Bitcoin (BTC) may be finding a bottom, and could even be headed for a short term price hike, according to analysts at Bloomberg Jan. 22.

Bitcoin’s GTI Global Strength Technical Indicator is now at 35.6, which Bloomberg notes is “nearing oversold levels,” and the lowest level since December. The parameter indicates the coin has robust support at $3,000-$3,100, and is stabilizing around the $3,500 mark.

Bloomberg gages the likelihood of a short term rally based on the GRI VERA Trend Signals indicator — VERA, which stands for Volatility Explosion Relatively Adjusted theory, is used to identify trends over multiple time spans.

Having reportedly breached its lower VERA band limit yesterday, Bitcoin quickly rebounded to trade just above it — a behavior that Bloomberg suggests could signal a short term price surge.

In remarks earlier this week, United Kingdom-based investor and entrepreneur Alistair Milne predicted that Bitcoin is likely to repeat — and even exceed — its record-breaking price leap:

“The probability that Bitcoin matches its ATH [all-time high] price again and doesn’t then continue past it seems very low. Each wave of adoption is an order of magnitude bigger than the last.”

Yesterday, Adena Friedman, president and CEO of Nasdaq Inc., argued that for Bitcoin and other cryptocurrencies to evolve into a practical, useable invention with stable value, better “governance and regulatory clarity” for the sector is required.