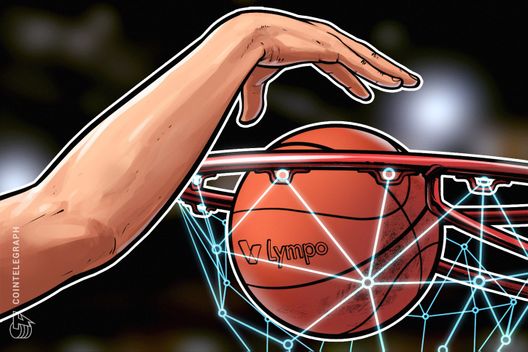 A blockchain-based app that motivates people to exercise and lead healthier lives has unveiled new partnerships with a major sports star and professional basketball team as it edges closer to launch.

The Lympo app incentivizes everyday users to meet fitness goals – such as burning calories or paying frequent visits to the gym – and they are rewarded with a specially created crypto token when these achievements are reached.

Its fitness wallet can be connected to an array of health apps and wearable devices, helping to end fragmentation in the marketplace and enabling users to benefit from an overall view of their progress.

The LYM tokens they receive as a reward can then be used to purchase goods and services that will assist them in their quest to enjoy a healthy lifestyle. Lympo’s marketplace already boasts more than 500 fitness trainers, and token holders will also get the chance to receive exclusive discounts and personalized advice based on their fitness regime, data and interests.

Star power ahead of launch

Lympo recently announced that it has forged a partnership with the Dallas Mavericks, including plans to work together to introduce a way for users to pay for tickets to see the professional basketball team with the LYM tokens they earn using the app.

As part of their three-year deal, Lympo’s logo will feature on practice jerseys – with the team’s training facility undergoing a rebrand. A new fitness team is also going to be created.

In a published statement, Dallas Mavericks team owner Mark Cuban said: “The Mavericks found clear alignment with Lympo’s mission to create a healthier world by using the latest technology to encourage fitness and healthy living in a whole new way. Through the platform, fans will be able to earn free tickets and merchandise by completing Mavericks fitness challenges on the Lympo app.”

This comes a month after Caroline Wozniacki, a Danish tennis superstar who is currently No 2 in the world rankings, became a global ambassador for Lympo.

The partnership will see the 27-year-old, who won the Australian Open earlier this year, promote Lympo to her loyal fans and followers – as well as to the sporting community.

According to the company, the partnership has also made history, with Wozniacki becoming the first-ever female athlete to endorse a blockchain product.

In a blog post announcing her role on the Lympo website, she said: “I believe in Lympo’s goal to encourage people to exercise and be healthy.

“Lympo has a game-changing idea to use technology to inspire positive lifestyle changes.”

Lympo points to these developments as proof that its upcoming ecosystem has attracted huge interest from the sports market, even as the finishing touches are added to the app prior to its scheduled launch in the autumn.

According to Lympo, fitness enthusiasts currently struggle to make the most out of the data they generate when exercising. Frustratingly, some of this information can be used for commercial purposes without them getting a fair reward.

Its ecosystem is going to enable data to be shared, allowing the sports and wellness industry to offer products and services that properly cater to the demands of the customers they serve.

Plus, to encourage innovation, Lympo would feature a crowdfunding platform designed to foster the development of start-ups in the fitness market. Community reviews and ratings from established businesses would help prospective investors to discover the most promising ventures to support.