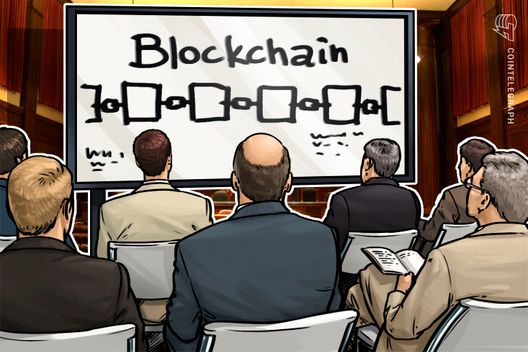 Subcommittees of the U.S. House of Representatives discussed various productive uses of blockchain in supply chain management during a hearing today.

Two United States House Subcommittees held a hearing today, May 8, on how blockchain tech can be used in supply chain management. The hearing concluded that the technology has a wide variety of applications, despite its current lack of industry-wide standards.

The Subcommittee on Oversight and the Subcommittee on Research and Technology discussed blockchain applications with four witnesses from both the public and private sector today. Republican Congressman Barry Loudermilk noted his happiness that the topic of blockchain was finally coming up for discussion at a government level. He stated that after 20 years in IT, he  “felt a little like a voice in the wilderness on blockchain,” continuing:

“If we can get over the stigma of cryptocurrencies and look at the technology beneath it, it could be a solution to a lot of our cybersecurity and data protection issues.”

Using blockchain to record every step of a supply chain in any industry would hypothetically reduce costs and increase speed, the hearing noted. For example, cyber security division director at the Department of Homeland Security Dr. Douglas Maughan reported that one of the ways blockchain tech could streamline supply chain management at a government level is with the US Customs and Border Protection (CPB) in terms of “shipping, logistics, and customs.”

At the private level, head of global trade digitization at Maersk Michael White spoke about the reduction of prohibitively high administrative costs for international supply chains, underlining the importance of an “open and neutral industry platform consisting at its core of a world wide connected network of interconnected supply chain participants.” Noting the “trustless” nature of blockchain technology, he stated:

“The trust necessary to build this network would not likely exist without blockchain technology.”

However, all four of the witnesses mentioned how a lack of standards or even specifications for blockchain can “limit the growth,” in Maughan’s words. As well, the development of quantum computing could mean that a sophisticated enough system could break blockchain’s cryptographic systems if there is not more development on the blockchain side, Maughan added.

Chris Rubio, VP of global customs brokerage at UPS, expressed hope that the industry would collaborate to come up with the standards needed for widespread adoption:

“Without these common standards, uncertainty will prevent the large scale investment that’s needed to blockchain a success in the supply chain.”

Republican Congressman Ralph Abraham, who is also the Chair of the Subcommittee on Oversight, appeared very positive about the future for blockchain, noting after hearing about half of the testimony that “if I understand blockchain correctly – and I am in a steep learning curve – it will revolutionize the tracking of goods somewhat like how GPS revolutionized navigation.” He then added:

“So I think this is world-changing technology we are dealing with.”

Multiple positive ideas from the hearing included the possibility that blockchain could reduce fraud coming from Chinese companies using American products without licenses in order to undercut domestic businesses. Another idea that came up was to use blockchain in conflict regions where NGOs need to distribute aid. Republican Congressman Randy Hultgren brought up the notion of a blockchain system giving citizens “new tools for individuals to finally assert basic property rights when governments deny the rule of law or access to the legal system.”