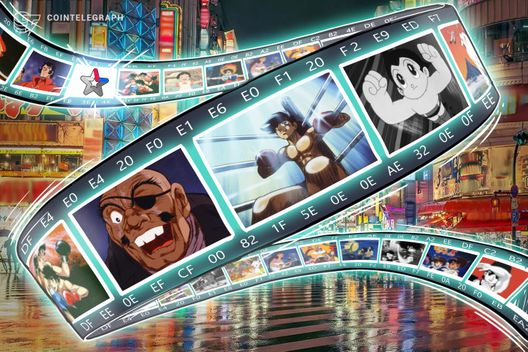 With Japanese pop culture attracting a global audience, a blockchain company is gearing up to give fans gripping new content and a more immersive experience.

A blockchain-based company says it is seeking to cater to what it calls a growing demand for Japanese culture — creating animations, music, games and movies, as international interest in this industry grows.

According to MINDOL’s white paper, the country’s government is investing heavily in a “cool Japan” strategy, designed to showcase powerful content and enable a market already worth 12 trillion yen domestically (about $108 million) to generate even more revenue from devoted fans in the U.S., Europe and elsewhere.

The company has a thorough plan for producing content, and several projects are already in the works. MINDOL has the goal of regularly producing TV programs and hosting artist content that nurture new talent and open up new opportunities. And, in an attempt to reach younger audiences, the platform aims to establish relationships with social media influencers on Twitter, Instagram and YouTube.

MINDOL says famous producers who specialize in TV, film, animation and publishing have already agreed to join its platform. According to the company, it has partnered with Mushi Production, a Japanese animation studio.

At the heart of the company’s ecosystem is a marketplace called eMINDOL, helping consumers to view content, buy products, and invest in the projects they feel most passionate about. The public will also have the chance to give donations to their favorite stars, enabling them to make a living. Stakeholders will have the ability to vote and participate in the planning and development of new content, and their influence will be tied to the number of MINDOL tokens they own.

For content creators, MINDOL’s blockchain also has the potential to help protect their earnings. Copyright management is going to be a major focus for the platform — giving artists the credit they deserve for their hard work. In time, the company hopes this will enable creatives to prevent their content from being used without their consent, as well as weed out counterfeit goods that have been a drain on the industry’s profitability.

MINDOL’s team say they want to ramp up the excitement and enthusiasm that global fans have for Japanese content. One initiative that aims to bolster engagement with its platform is “mileage.” This concept would see users who hold on to MINDOL tokens for prolonged periods of time receive discounts when making purchases — and, in time, it may also result in devoted users benefitting from preferential treatment.

The company says that its project has already garnered immense levels of interest. It recently held a private, Japan-only sale — raising 3.8 billion yen (about $34 million) in funds. Although this investment has allowed MINDOL to set some projects in motion, it has the goal of strengthening content production and speeding up development by staging a token sale for investors from around the world.

Projects in the pipeline

According to MINDOL, projects for TV programs are due to commence in October, with details of planned animations to be unveiled in the same month. A whole range of new productions, as well as booths at exhibitions, will follow in 2019 and 2020.

The platform has also attracted a host of A-list advisers. Among them is Gil Junger, a renowned producer and director of Hollywood movies and shows. His award-winning films include “10 Things I Hate About You,” and they have been credited with propelling some of the world’s biggest actors into the limelight.