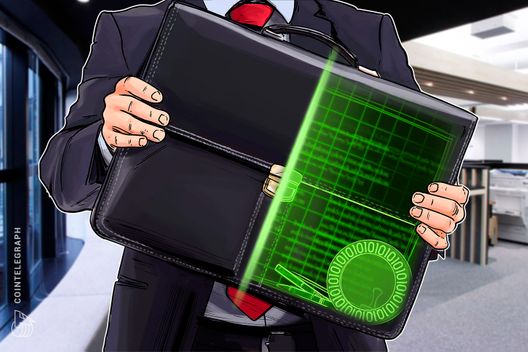 Bloomberg has detailed the course of cryptocurrency’s volatility, trading activity, and correlation with other assets over a period of 16 months. In an article published Wednesday, May 2, they conclude that crypto’s past performances are no guarantee of future ones.

Bloomberg begins by noting that Bitcoin (BTC) – and cryptocurrencies in general – have such an extreme volatility that they are not currently useful for payment in stores or salaries. The article notes that the only non-crypto related investments that have shown similar volatility to crypto in this 16 month time period are a South African company facing an accounting scandal, and a Russian bank that received “Russia’s biggest-ever financial bailout.”

Reflecting on Bitcoin’s dominance, its trading volume and market capitalization share are both exponentially higher than any other cryptocurrencies’, as opposed to traditionally traded stocks with their relatively even distribution. Bloomberg cites LDJ Capital Founder David Drake as noting this means that trading in the smaller cryptocurrencies should be considered similar to early-stage VC investing.

Bloomberg also charts how related cryptocurrencies are to traditional assets classes, concluding that the relationship, if any, is currently weak. Cryptocurrencies do tend to move with each other with the exception of the dollar-backed Tether, Bloomberg points out.

As a final point, Bloomberg brings up the fact that the high returns possible through Initial Coin Offerings (ICO) may be stunted due to increasing government scrutiny, like the US Securities and Exchange Commission’s (SEC) cryptocurrency probe reported in March. As the future is uncertain, according to Bloomberg, “investors should tread carefully.”

Yesterday, the traditional banking giant Goldman Sachs said that they would be opening up a crypto trading desk after the bank had been “inundated” with client requests for the service.