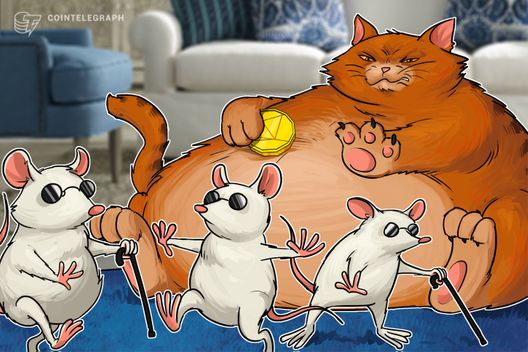 Bloomberg reports that the U.S. Justice Department has opened a criminal probe into the illegal practices that could result in the manipulation of crypto markets.

A criminal probe into Bitcoin (BTC) price manipulation by crypto traders has been opened by the U.S. Department of Justice (DoJ), Bloomberg reports today, May 24.

Bloomberg cites four unnamed sources close to the matter as reporting that the criminal investigation – run by U.S. federal prosecutors and the Commodity Futures Trading Commission (CFTC) – will look into how traders could have engineered prices by illegal activities like spoofing and wash trading.

Spoofing, the act of creating a large amount of orders and then cancelling them, has come up before in the crypto markets, when an unknown trader or group of traders known as “Spoofy” reportedly placed a number of $1 mln orders without following through. Wash trading, which “Spoofy” also practiced, is when a trader buys their own orders, thus creating the illusion of market demand to attract more buyers.

Bloomberg’s sources note that the investigation specifically involves both Bitcoin and Ethereum (ETH).

Both the Justice Department and the CFTC had not responded to Cointelegraph’s requests for comment by press time.

The U.S. Securities and Exchange Commission (SEC) had launched its own investigation into cryptocurrencies back in March, with a number of crypto-related companies like tZero, a subsidiary of the BTC-friendly Overstock.com, falling under the scope of its probe.