After a drop in the crypto markets yesterday that brought Bitcoin’s (BTC) price down below $8,000 for the first time in over a month, the two biggest coins listed on Coin360, BTC and Ethereum (ETH) have seen slight growth today, March 16.

BTC is currently trading around $8,504, up around 2.90 percent over a 24 hour period by press time. ETH is up around one percent by press time, trading for around $617.

Ripple (XRP), which is ranked third on CoinMarketCap, is up by the smallest amount of the top three strongest coins. XRP is trading now for around $0.69, up 0.42 percent over a 24 hour period to press time. 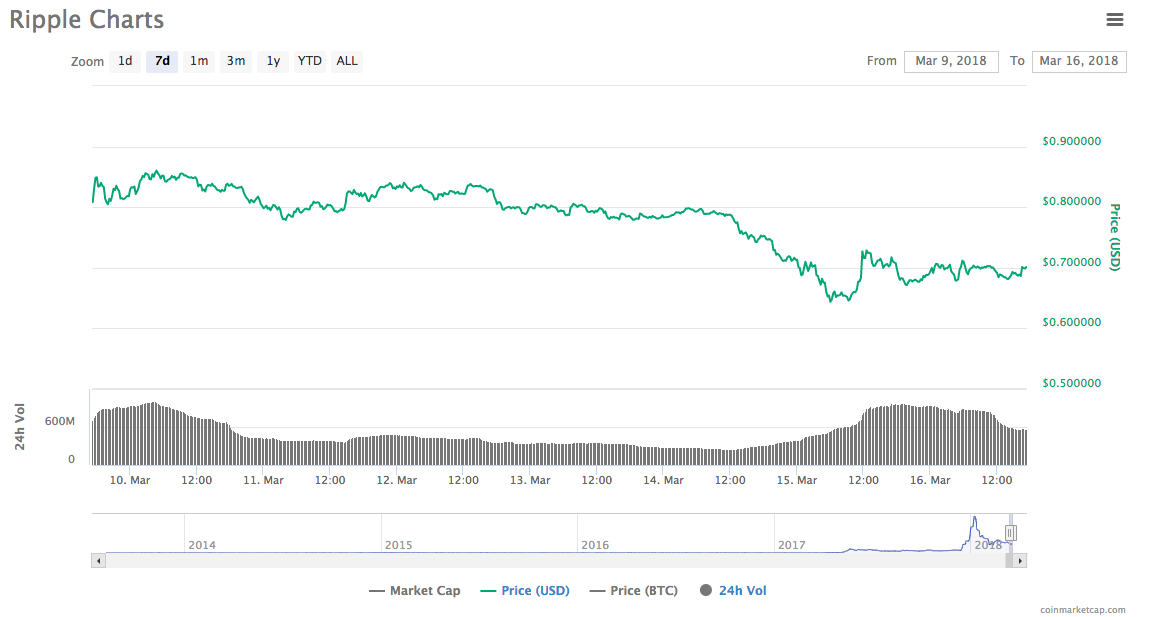 Of the top ten coins listed on CoinMarketCap, none are down more than 2 percent by press time. Altcoin Cardano is down the most for the second day in a row, a little more than 1.5 percent of a 24 hour period, trading around $0.18 by press time.

The crypto markets’ sinking prices since the new year have been attributed to a sell off of around $400 mln in BTC by a Mt. Gox trustee. The slight growth that the market is experiences today may be due to a settling down of the premature FUD caused by Google’s Financial Services Policy update on Wednesday, March 14, that crypto ads would be banned starting in June 2018.