As the crypto markets drop across the board, BTC’s price has fallen the slowest, resulting in its steadily rising market dominance.

Bitcoin (BTC) has fallen back below $8,000, as the crypto markets continue to slump in the wake of a week of mixed crypto news, ranging from the FUD fallout caused by the upcoming Google crypto ad ban to several wins for Blockchain adoption seen in China and Canada.

BTC is currently trading at around $7,729, down almost seven percent over a 24 hour period by press time. 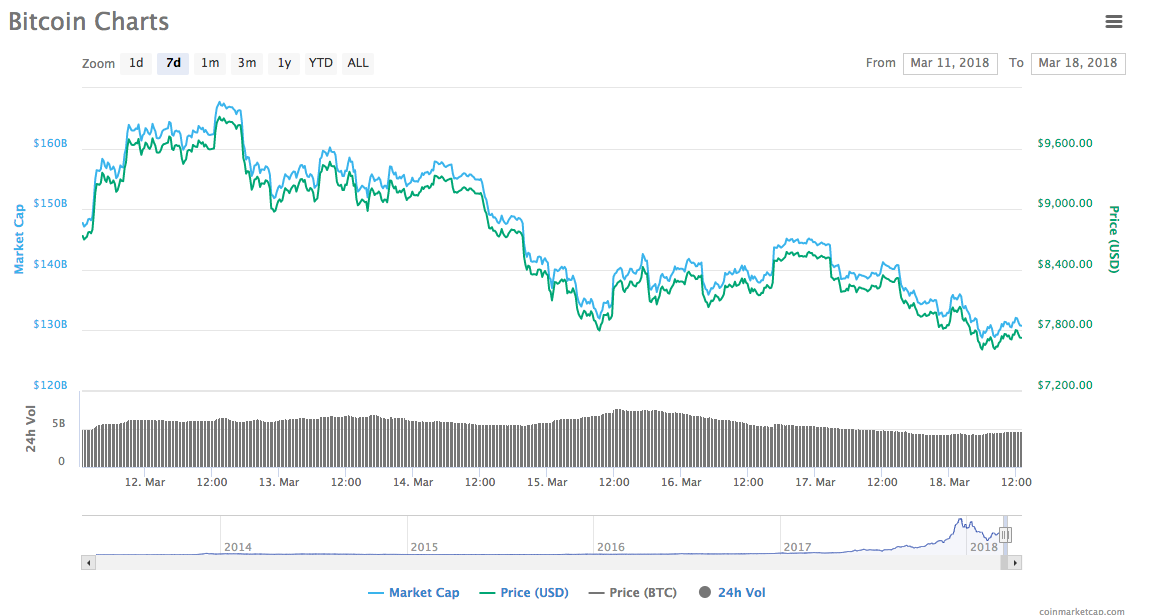 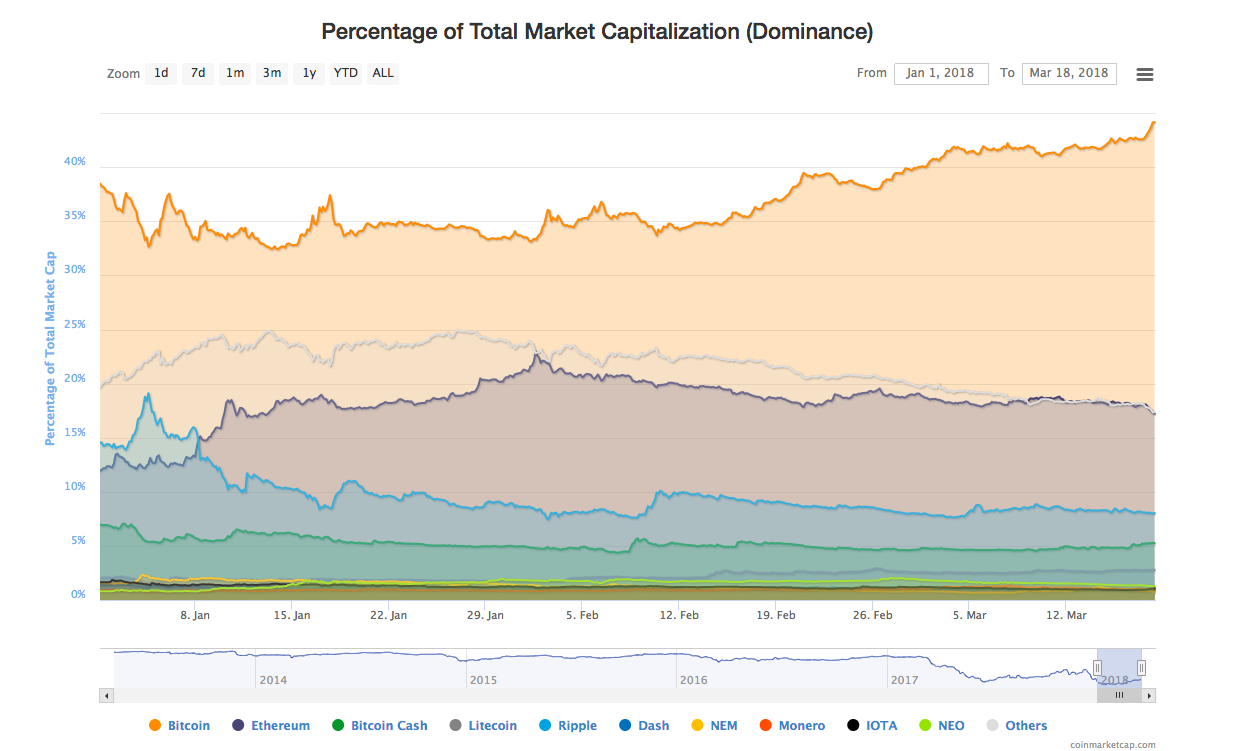 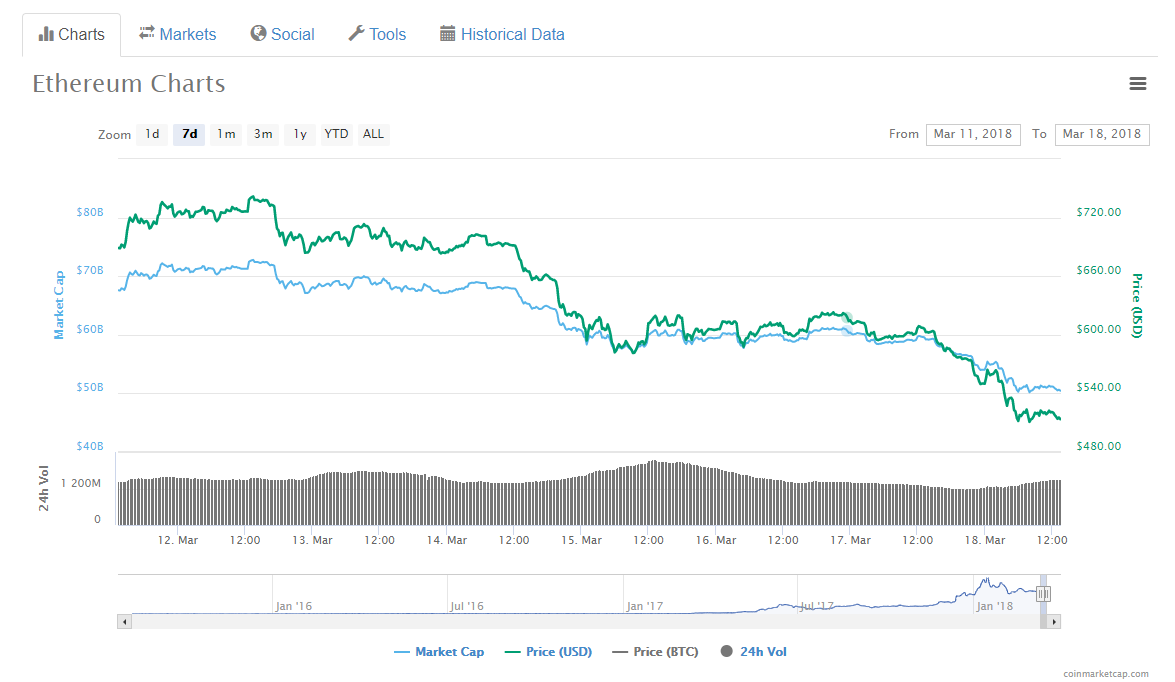 Crypto Twitter personality @WhalePanda tweeted this morning about the futility of looking for concrete explanations for large price drops in the crypto markets, referencing the ongoing US Securities and Exchange Commission (SEC) probe:

Since people are always trying to look for explanations on why there are dumps… Why did $ETH dump so hard? Some ICOs/big holders trying to get rid of it because of the ongoing investigations or other information we don’t know yet? ????????

The falling market prices had previously been attributed to a sell off of $400 mln in BTC and Bitcoin Cash (BCH) by a trustee of the now defunct Mt. Gox exchange. However, a newly released report from a trustee meeting early this month denies any correlation between the large sell off and BTC/BCH prices, a claim not every crypto enthusiast believes.