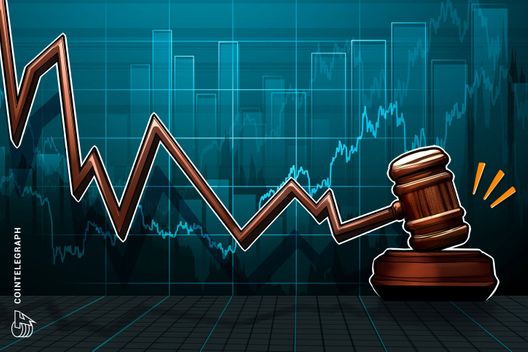 The Chamber of Digital Commerce Token Alliance has released a report proposing guidelines and principles for “responsible” crypto market growth.

The Chamber of Digital Commerce Token Alliance has released a collaborative report of proposed guidelines for “responsible growth” of the cryptocurrency market, according to their July 30 press release.

The Chamber of Digital Commerce is a blockchain and cryptocurrency advocacy group, founded by Perianne Boring in 2014.

Policymakers & Practitioners,” is broken up into three sections: a regulatory overview of digital token markets in five countries, principles for those distributing digital tokens that are not intended to be securities, and economic coverage of the “global token landscape.”

Paul Atkins, CEO of Patomak Global Partners and former U.S. Securities and Exchange Commission (SEC) Commissioner, said in the press release that guidelines are needed for the smart regulation that “strikes the right balance between protecting investors while allowing for innovation in this new technological frontier,”

“We think it is important to explain the unique attributes of blockchain-based digital assets, which are not all strictly investment based, and provide guidance to consumers, regulators and the industry.”

The Token Alliance is made up of more than 350 international members from the blockchain and token industries, as well as experts in topics from economics to law. The press release notes that the alliance’s guidelines will “likely evolve” as the regulatory environment develops, and encourages readers to comment on the report through GitHub.

The report concludes by noting that this is the first installment of a series for “opening the doors to creative thinking and understanding in the token ecosystem,” and suggests future topics ranging from KYC/AML guidelines to “hybrid tokens” — those that changed form to no longer be considered a security.

Internationally, groups and governments have come up with their own sets of guidelines for governing the cryptocurrency market. In April, a Japanese research group established guidelines for initial coin offering (ICO) regulation, and the Lithuanian government also released their own ICO guidelines in June.