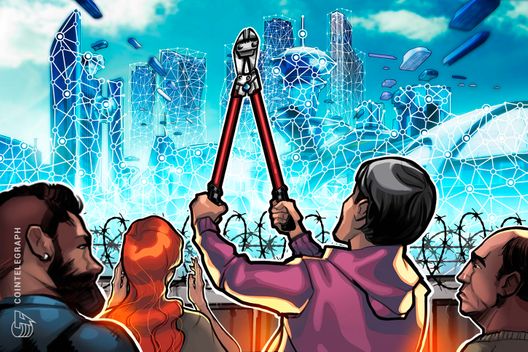 Earlier this week, a group of cryptocurrency exchanges in Chile applied to the courts to fight the decision of banks to shut down their bank accounts. The exchanges, including Buda, Orionx, and CryptoMarket (CryptoMKT), state that the banking system in Chile is taking matters into their own hands and that they are “killing the entire industry.”

Now, as the exchanges wait for their case to be heard, with some news set to emerge on April 20, according to BUDA’s co-founder and CEO Guillermo Torrealba. The exchanges are left puzzling as to why the banks feel they have the power to deny access to a new wave of technology.

Speaking to Cointelegraph, Torrealba outlines the cryptocurrency situation in Chile as precarious, and that the entire open and liberal feeling on this technology is not all as it seems:

“Chile is showing its “B” side, that of being an extremely conservative country, even though we make huge efforts for the world to see us as liberals.”

Torrealba explained that despite the outcry in the media, and even across Twitter, banks are refusing to respond or open their closed accounts. Moreover, according to Torrealba the banks, who seemingly have a large share of power in the country, are making the cryptocurrency environment worse than Ecuador, Bolivia or China:

“The banks have shown their darkest side. Restricting a whole country to access a technology just because they didn’t like it. This is even worse than Ecuador, Bolivia or China’s case, where the government was the one that took the initiative. Because you could judge the decision of a government, because, at the end of the day these players represent the people, and people are free to take whatever path they feel is right.”

The issue for Torrealba is that the banks, by closing these accounts and effectively stopping the running of cryptocurrency exchanges, are slowing and prohibiting the progress of cryptocurrency in the country. There is no rule, law, or legislation against digital currency in Chile, yet the banks are operating like stern regulators.

“In Chile the story is different” Torrealba said. “There hasn’t been one regulator, legislator or government official saying that cryptocurrencies aren’t legal, it was just the decision of a very powerful sector of the economy: the banking industry.”

The reason that Torrealba is up in arms about this decision, and is going as far as to get the courts involved, is that he feels as if there has been a restriction on economic liberties.

“So why is this fight important? Because of economic liberty. But not even liberty from an abusive government, but liberty from a corrupt and overpowered financial industry which is protecting itself in the most archaic and prehistoric way: denying a technology in the most open and overly bold way they could find. [The banks are] so openly abusive that everyone agrees that what they’re doing is illegal but that isn’t enough for them to stop. They’re just too big to need to tread carefully, or to act inside the regulatory frame.”

Of course, Torrealba is directly affected by this banking blockade, and for that reason, has every reason to feel the way he does. His justifications may well be emotive, and perhaps inflammatory, however, he is not alone in thinking what he does.

There was a slew of reactions from Twitter users both inside and outside of Chile, with the general idea of banks setting the boundaries of cryptocurrency usage clearly getting under the skin of a number users.

Chile’s state owned bank, Banco Estado, closes down all Chilean #crypto #exchanges accounts. What the fuck!? How much more damage will financial institutions make to #innovation and their own clients?#blockchain #cryptocurrency #crypto@CryptoMKT @Cointelegraph @BudaPuntoCom

Apparently all Chilean banks will cut ties with crypto companies https://t.co/mA2fo2ux3r This would be a huge negative blow to Chile’s reputation as a rational, innovation-friendly, free market economy @budapuntocom @AbifChile @BancoEstado @sbif

But it was not only those reactionary tweets that found this move as odd. Barry Silbert, CEO and founder of Digital Currency Group, tweeted directly to the banks imploring them to change their decision.

Please reverse your decision and support innovation, financial inclusion and help build a more efficient financial system for the people of Chile https://t.co/HmECjo7BTd

Arthur Gervais, a Blockchain professor at Imperial College London and co-founder of Liquidity.Network also agrees with Torrealba about this being a degradation of fundamental rights. Professor Gervais told Cointelegraph:

“Traditional finance intermediaries are likely to experience a fundamental shift in their business models, which understandably creates tensions. The attempt, however, to censor decentralized technology, is not only likely to fail and a fundamental deprivation of human rights, but it’ll further empower and motivate those that develop novel Blockchain technology.”

It will be interesting to see what comes of this case, and if the exchanges are successful. Cointelegraph will continue to update the story as and when news becomes available.

If the defence of cryptocurrencies as a right for people to access in terms of its technological aspects is successful, it could lead to a lot of fightback from others who are seeing their cryptocurrency businesses being unfairly limited.