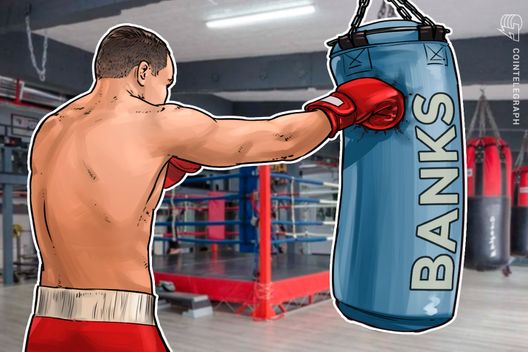 Chilean cryptocurrency exchanges BUDA, Orionx, and CryptoMarket to confront the banks closing their accounts in court.

Chilean cryptocurrency exchanges BUDA, Orionx, and CryptoMarket (CryptoMKT) have recently applied to an appeals court to confront the banks that shut down their platforms’ accounts, Bloomberg reported Friday, April 13.  The court has agreed to hear the case, but the bank accounts are still closed.

The Chilean cryptocurrency community launched the tag on Twitter #ChileQuiereCryptos (Chile Wants Crypto) to support the industry and retain the ability for citizens to buy and trade cryptocurrencies like Bitcoin (BTC), as well as locally launched coins Chaucha and Luka. Twitter user Hernán Maureira condemned the banks’ actions towards the crypto industry, claiming that “while the world is running hand in hand with this technology, Chile takes a step back.”

BUDA’s co-founder and CEO Guillermo Torrealba comments that the banks’ decision to close accounts is “killing the entire industry.” According to Bloomberg, BUDA exchange traded around $1 mln daily before its bank account was closed. Torrealba continued:

“It won’t be possible to buy and sell crypto in a safe business in Chile. We’ll have to go back five years and trade in person. It seems very arbitrary.”

On March 27, BUDA and CryptoMKT published a public statement asking the Chilean Association of Banks (ABIF) to clarify its stance on cryptocurrencies and cryptocurrency trading. However, the institution claimed that it is not responsible for resolving the problem between banks and crypto exchanges, stating that such regulations are the “exclusive competence of each institution.”