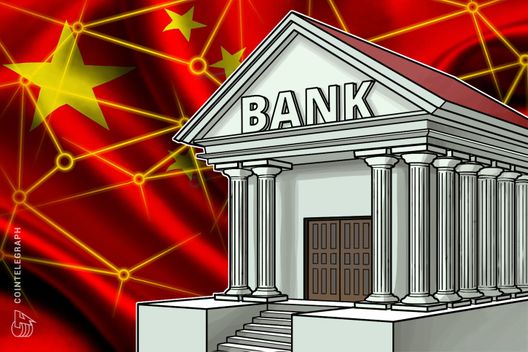 One of China’s “Big Four” banks has piloted a blockchain loans network in the Guizhou province.

State-owned ABC, which counts itself among China’s “Big Four” lenders, revealed it had issued a loan worth around $300,000 backed by a piece of agricultural land in the Guizhou province.

According to Financial News, the bank will “buil[d] blocks with local people, pilot land and resources bureaus, and agriculture and animal husbandry bureaus,” through the blockchain system, adding that the loan aimed to “support the local tea industry.”

The blockchain project received participation from third parties, including the provincial branch of the People’s Bank of China (PBoC), acting as nodes to keep tabs on the validity of loan data.

In the future, the bank says, other types of loans will come under the auspices of blockchain, the decentralized ledger technology allowing ABC to prevent the issue of clients applying for loans at different banks using the same piece of land as collateral.

China continues to adopt blockchain technology with considerable speed, with the government keen to deploy industry-wide standards next year.