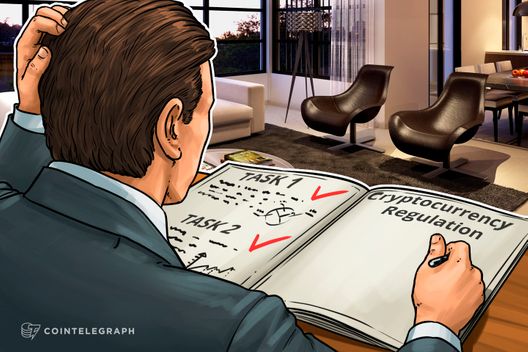 Kathryn Haun, board member of Coinbase and HackerOne, claims that regulation should not “outpace understanding.”

Kathryn Haun, board member of Coinbase and HackerOne claimed that cryptocurrency and blockchain will not see regulation for years, Techcrunch reports May 31. Haun made her statements on regulation at the Code Conference in California today.

Haun drew parallels between the internet and crypto, claiming that the in the early days of the internet, users called for one single regulatory body, which never took place. As per Haun, crypto and blockchain are following the same scheme of the development. She further pointed out that if regulation would have been developed a year ago, it would already be outdated due to the rise of initial coin offerings (ICOs).

Haun, who is also a professor at the Stanford Graduate School of Business, argued that there cannot be any regulation in the crypto field until regulators gain a solid understanding of how it works. Haun stressed the need to “wait and see how the the technology develops,” adding that regulation should not “outpace understanding.”

Today’s statements echoed those of Mike Lempres, Chief Legal and Risk Officer at Coinbase, who said during a Congressional hearing in March that the US regulatory system is currently “harming healthy innovation.” Lampres said there is a lack of understanding of what is allowed and how digital assets are considered under the law; either as securities, commodities, property, or money.