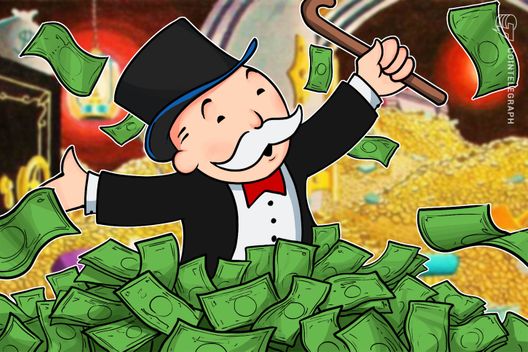 Major US crypto wallet and exchange service Coinbase has announced it is launching a series of new products aimed at drawing in major institutional capital.

Major US crypto wallet provider and exchange service Coinbase has announced it is launching a suite of new products aimed at institutional investors, according to an official blog post today, May 15.

The four products – Coinbase Custody, Coinbase Markets, The Coinbase Institutional Coverage Group and Coinbase Prime – all focus on alleviating major concerns that have allegedly caused institutional investors to hold back from entering the cryptocurrency space so far, such as security and regulatory compliance.

“We think this can unlock $10 billion of institutional investor money sitting on the sideline. We’re seeing a rapid increase in attention awareness and adoption in the cryptocurrency market.”

Although the company reportedly already stores over $20 bln worth of clients’ crypto, according to CNBC, Coinbase Custody will be established in partnership with a third party auditor, reported to be an SEC-compliant independent broker-dealer.

Coinbase Markets, meanwhile, will be a Chicago-run electronic marketplace that provides a centralized pool of liquidity for all investors, and aims to offer settlement and clearing services in future, according to Coinbase’s announcement today. In addition, Coinbase Prime will be an separate trading platform for institutional clients.

Coinbase currently has over 20 mln customers and has already traded $150 bln in digital assets on its crypto exchange platform, according to CNBC. In 2017, it reported $1 bln in revenue, according to figures from Recode, with $225 million in VC funding from investors such as Andreessen Horowitz, Union Square Ventures and the New York Stock Exchange. It reportedly valued itself at around $8 bln in an acquisition deal this spring.

This month, New York Stock Exchange owner ICE announced its own plans to settle crypto swap contracts in BTC, suggesting it too has come up with an SEC-compliant custody solution for institutional holders. ICE’s announcement came just days after investment banking giant Goldman Sachs said it would be opening a crypto trading desk “within weeks.” With custody and regulatory obstacles seemingly out of the way, many have predicted that a “mature” crypto market will indeed inevitably draw major institutional investment into the space.