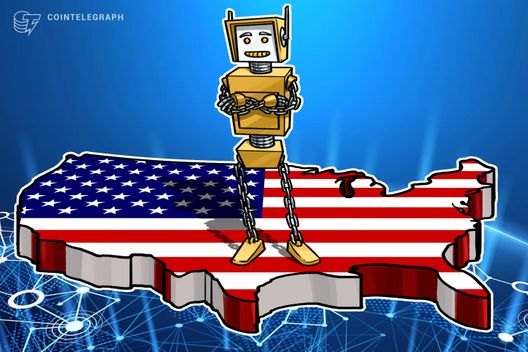 A Colorado law that would more clearly define whether certain tokens qualify as securities was struck down in the state Senate.

HB 1426, a piece of state legislation that would have created guidelines for identifying “open blockchain tokens” as securities, was voted down in the Colorado state Senate on May 9, according to public records.

The bill passed handily in the state House of Representatives, but was more controversial in the senate. According to the Denver Post, the final hours of the legislative session saw a split in both political parties. Lawmakers initially passed the measure by one vote, but the senate took another vote moments later, and “shot down” the bill 18-17 after some senators switched sides.

Senator Tim Neville (R), who co-sponsored the bill, said he had hoped it would encourage blockchain innovation in the state without having to wait for legal clarity on cryptocurrencies from federal regulators. Following the vote, Neville said:

“We usually come together to create more opportunities for Colorado companies and startups. In this case, this was an epic fail for those who chose not to support it.”

The bill stated that tokens, which are created for utility, such as the cartoon cats in the CryptoKitties blockchain game, would essentially be treated like “collectible stamps.” On the other hand, tokens that are created for financial gain would be treated as securities. The legislative summary says:

Lucia Guzman (D), said she didn’t know a lot about the issue and was persuaded to vote “no” in the second vote when she learned Attorney General Cynthia Coffman opposed the bill. She said, “These are new ideas and possibly good ideas, … but I’m not comfortable with it.” Neville claimed that the Attorney General’s office opposed the bill, because it would give to much latitude to a new and unfamiliar industry.

Some members of the private sector were disappointed with the outcome. Venture capitalist and blockchain investor David Gold said:

“This is an opportunity for Colorado to say, ‘Look, we’re going to provide an environment that provides clarity for the sector. That doesn’t mean charlatans can violate security laws.’ Those who oppose it simply don’t understand it.”

Blake Cohen, CEO and co-founder of a blockchain lending platform in Denver said that he believes legislators will view blockchain more positively once they’ve learned more about it. Wednesday was the last day of the Colorado legislative session.

While some state have taken action to define and legitimize digital assets, namely Wyoming, US regulations on the federal level are still vague. Industry experts appeared before Congress in March to apprise legislators of the regulatory situation, and seek more legal clarity in how to conduct business.