The crypto markets have taken a hit today, March 15, with Bitcoin (BTC) dropping below $8,000 and Ethereum (ETH) below $600. The slump can most likely be attributed to Google’s update of its Financial Service policy that means a ban of all crypto-related advertisements starting in June 2018.

As the crypto ad ban won’t go into effect for another four months, CNBC anchor Jon Fortt tweeted an image yesterday of a cryptocurrency Google-served ad up on the CNBC news piece about the Google crypto-ad ban:

The last time BTC’s price was below the $8,000 line was over a month ago, on Feb. 6, as part of a general market drop that has since been attributed to the large sell off of BTC by a Mt. Gox trustee. BTC is currently trading at around $8,928, down almost 8 percent over a 24 hour period by press time.

Ran Neu-Ner, the host of the Crypto Trader show for CNBC Africa, tweeted yesterday, March 14, that he had lost a bet with Civic CEO and industry influencer Vinny Lingham after BTC went below $8,000:

I eat humble pie. @VinnyLingham is the Bitcoin oracle! https://t.co/ft0kd3EjXm

ETH is currently trading at around $619, down almost 9 percent over a 24 hour period by press time. The last time ETH had dipped below $600 was also on Feb. 6, a little over a month ago. Total market cap is currently at around $332 bln, a level that it last fell below on Feb. 6. 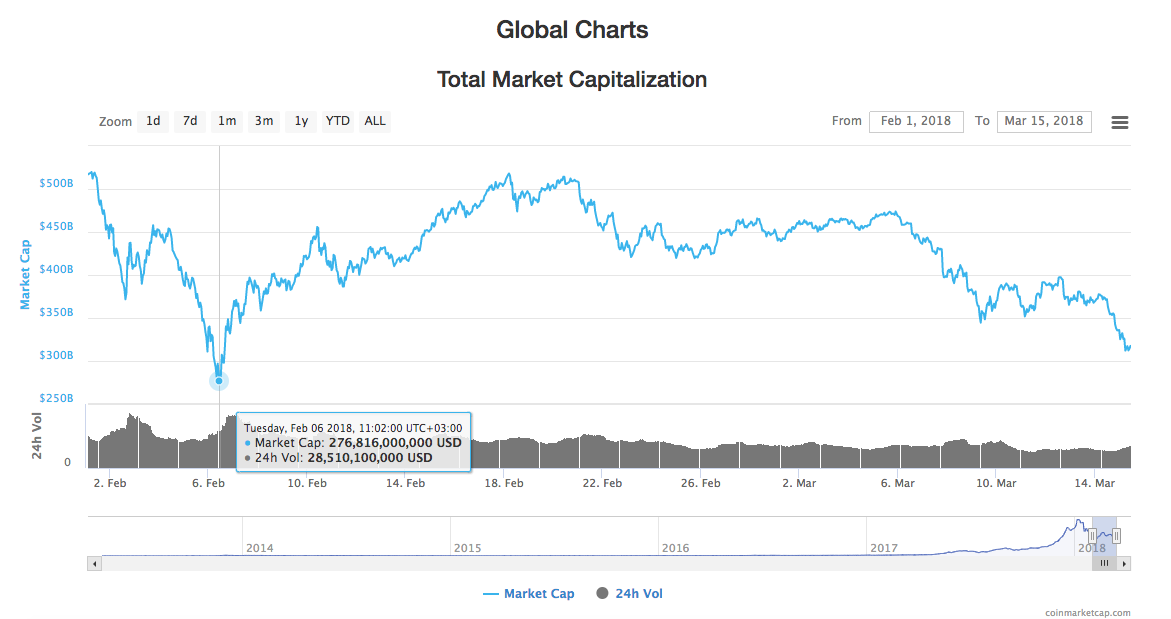 Of the top ten coins listed on CoinMarketCap, altcoin Cardano has seen the biggest drop, down almost 15.5 percent over a 24 hour period and trading for around $0.18 by press time.

Litecoin (LTC) appears to have weathered the drop the best out of these top ten coins, down almost 3 percent over a 24 hour period and trading for around $165 by press time. 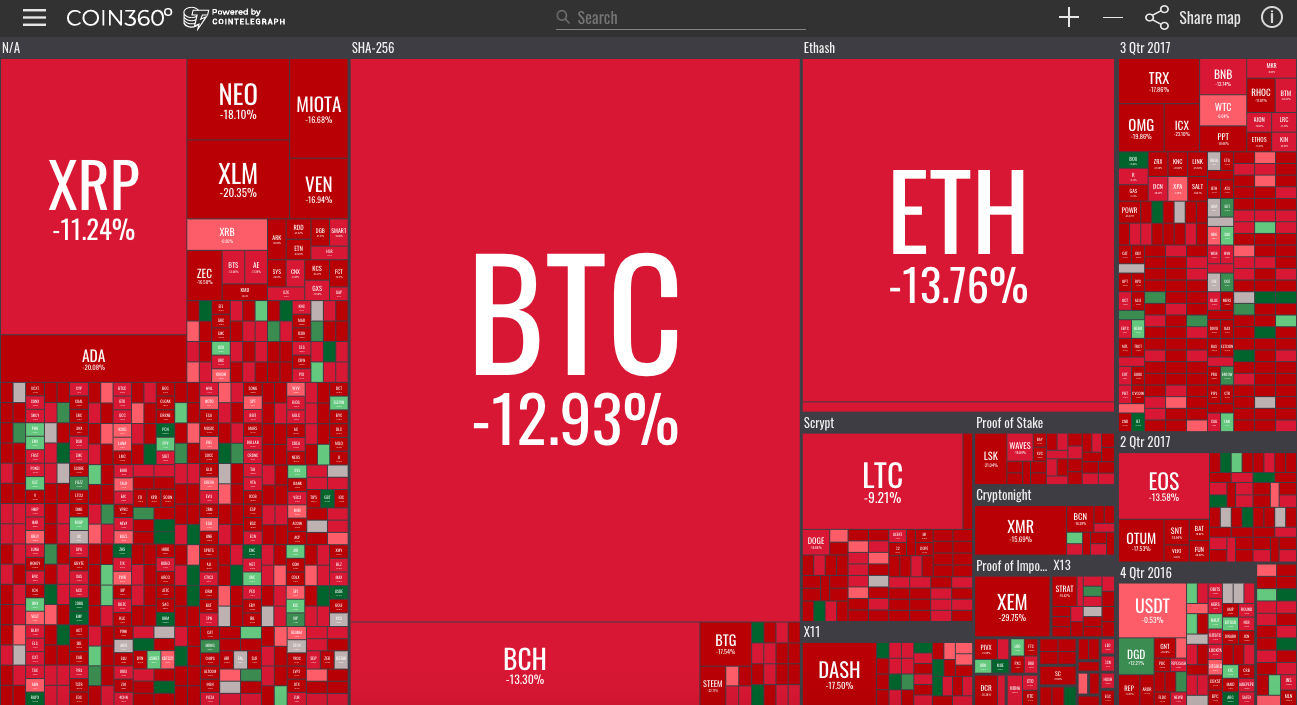 In response to a tweet asking him to do something to “sort out” the crypto market, crypto persona John McAfee responded with his view that “short term investers [sic] can hope for mediocrity at best, and oblivion at most likely:”

If you are a long term investor you will have no concerns. If you are short term, I can give you no advice, other than short term investers can hope for mediocrity at best, and oblivion at most likely. Great wealth can only be obtained by investing in the future – 2 to 5 years.

Money sending mobile app Square Cash added a BTC buy and sell option for users in Wyoming that had formerly been exempted due to the state’s strict crypto regulations. The Cash App is in the process of applying for New York’s BitLicense in order to bring the BTC option to its New York users as well.

P2P payment technology app Circle also coincidentally announced they have launched their crypto investment app, Circle Invest, across 46 states. Circle also noted that they are applying for a BitLicense in order to bring the app to New Yorkers.

At the cryptocurrency hearings in Washington DC held yesterday, March 14, Coinbase’s Chief Legal and Risk Officer was able to expand on the view that current US regulations are harming technological innovation.

And finally, in a move for crypto adoption, adult entertainment company Playboy Enterprises announced it would be creating a online payment wallet that support crypto, including the Vice Industry token.