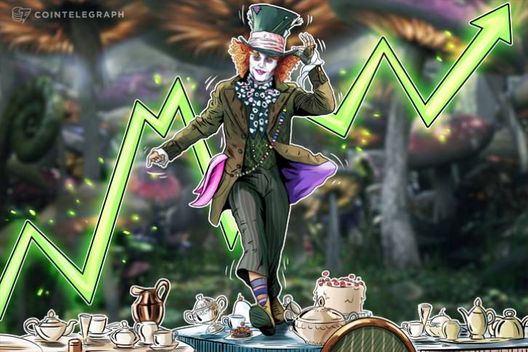 The top ten coins on Coinmarketcap are in the green today, with BTC touching $7,000 and ETH passing comfortably above $400.

April 11: the cryptocurrency markets are in the green today, with Ethereum (ETH) more comfortably above $400 and Bitcoin (BTC) close to $7,000, according to data from Coin360.

ETH is up almost 6 percent over a 24 hour period, trading for around $420 by press time. 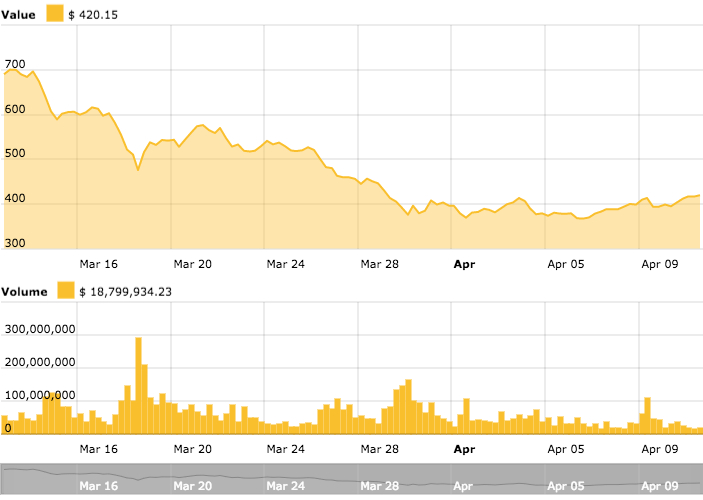 BTC is trading for around $6,954, around 3 percent up over a 24 hour period to press time. Bitcoin dominance is slightly down, around 43.5 percent, according to data from CoinMarketCap. 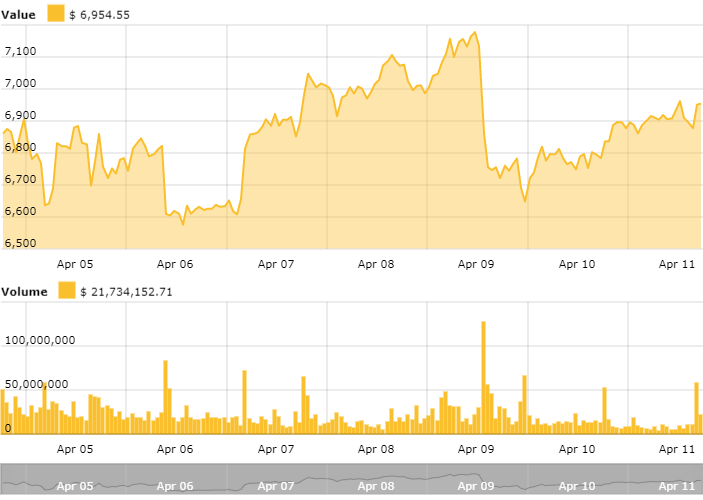 Of the top ten coins listed on CoinMarketCap, EOS is by far up the most – more than 20 percent over a 24 hour period to press time – currently trading at around $7.2. EOS’s price jump could be attributed to the recent announcement of the EOIS Blockchain platform Dawn 3.0’s pre-release on April 6.

The European Commission’s declaration of support for Blockchain innovation yesterday, and the creation of a European Blockchain Partnership made up of 22 countries, are recent large wins for Blockchain adoption that could be keeping BTC and ETH’s prices near $7,000 and $400 respectively.