Crypto markets are stable today, with most top ten coins seeing mild losses over the 24 hours to press time.

Thursday, Jan. 17: crypto markets are stable, with major coins seeing negligible price change over the 24 hours to press time. Most of the top ten cryptocurrencies seeing only mild losses, capped within a 2-3 percent range. Almost half the coins in the top ten-twenty range have tipped slightly into green, as data from Coin360 shows.

On the week, Bitcoin is down 5 percent; monthly gains are at a solid 10.5 percent, according to CoinMarketCap. 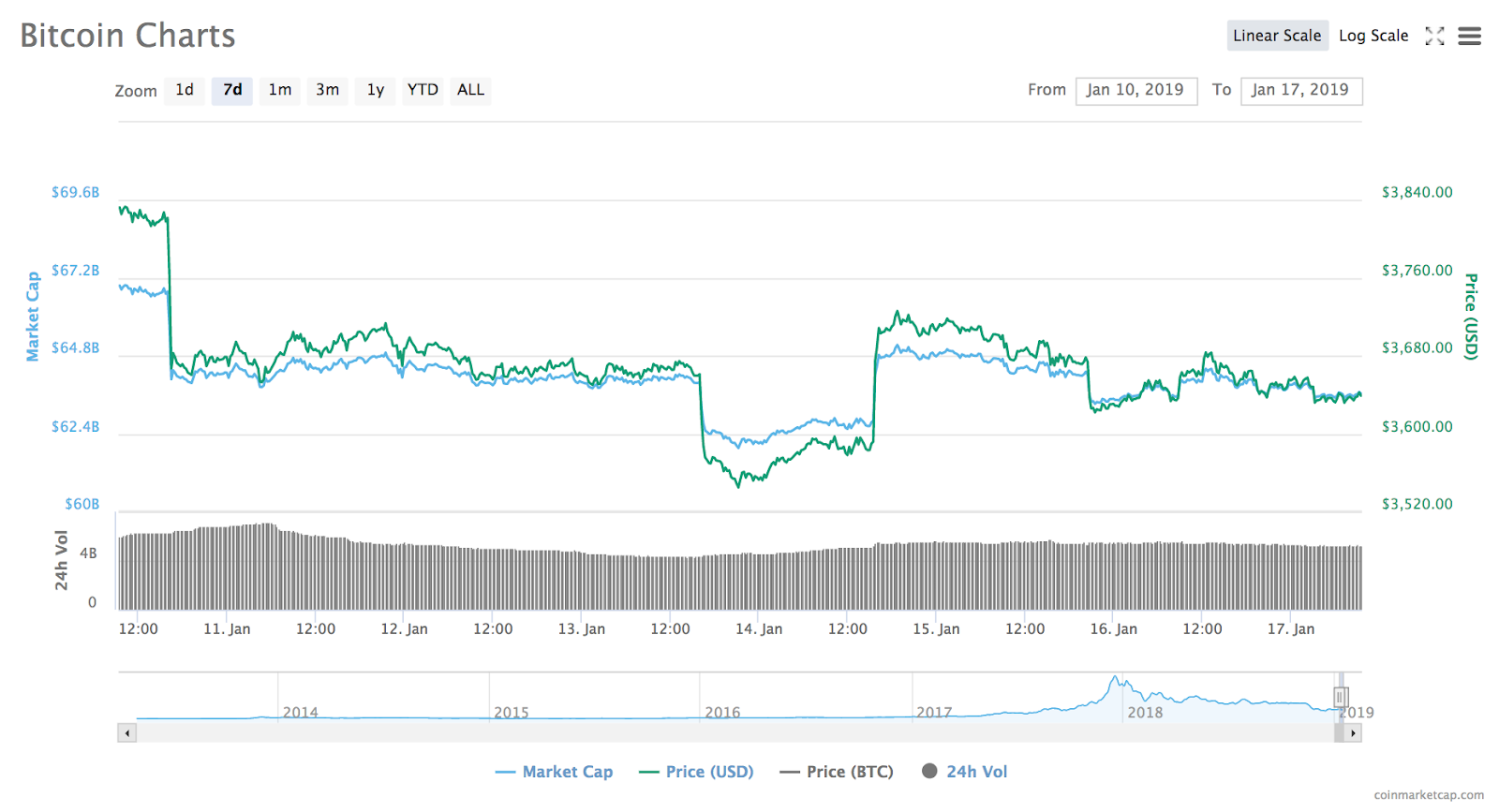 Ripple (XRP), which has recently regained its rank as largest altcoin by market cap, is down fractionally more, shedding 1.4 percent on the day to trade at ~$0.33 to press time. Ripple’s market share is currently $13.5 billion — as compared with Ethereum (ETH)’s $12.7 billion.

After a volatile and jagged week, Ripple is about 5 percent in the red on its 7-day chart, with monthly gains nonetheless at a solid 13 percent. 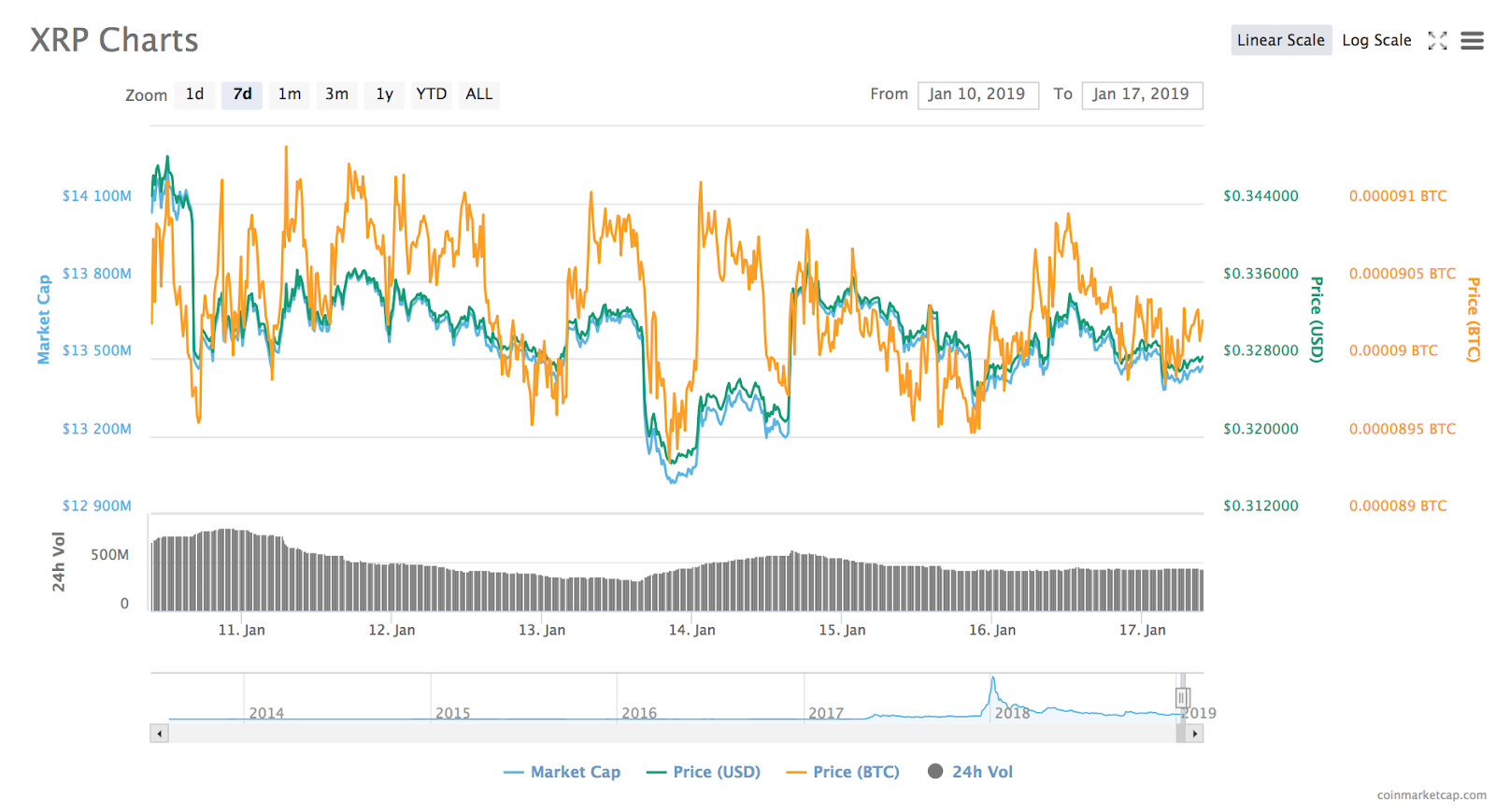 The second largest altcoin, Ethereum (ETH), is down a slightly less mild 2 percent on the day, and is trading at ~$122 to press time. The alt has correlated closely with Bitcoin’s trading patterns, seeing an intraweek low of ~$116 Jan. 13, and recovery to ~$131 Jan. 15.

On the week, Ethereum is down a hefty 9.6 percent, but monthly gains are at an impressive 41 percent. 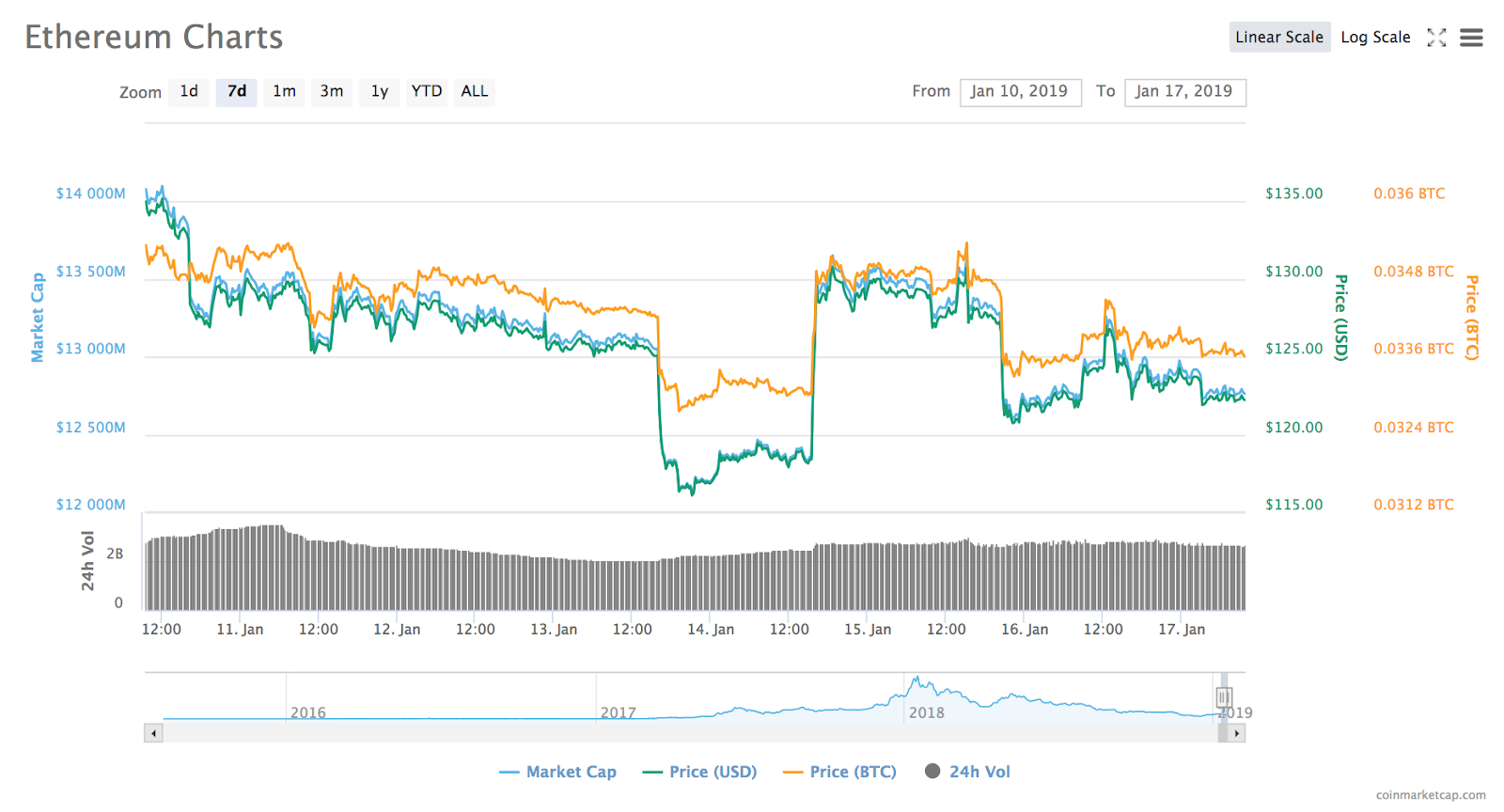 The remaining top ten coins on CoinMarketCap are all in the red, but losses are capped at 2-3 percent. Seeing the most volatility is Litecoin (LTC), down 2.86 percent at $31 to press time, and recently-forked Bitcoin SV (BSV), which is down 1.83 percent at $77. Bitcoin Cash (BCH), too, is down 1.6 percent at about $128.

The remaining coins in the top twenty by market cap are seeing more scatterings of green, capped at 2 percent, with the highest losses capped under 4 percent.

Seeing the most losses are altcoin IOTA (MIOTA), which is down 3.7 percent, followed by NEO (NEO) with 2.8 percent losses on the day to press time.

Total market capitalization of all cryptocurrencies is around $121.4 billion as of press time, down around 5 percent from one week ago, Jan. 10.

In Australia, meanwhile, the World Wildlife Fund-Australia (WWF-Australia) has just announced the launch of a supply chain tool that uses blockchain to allow businesses and consumers to track food items.