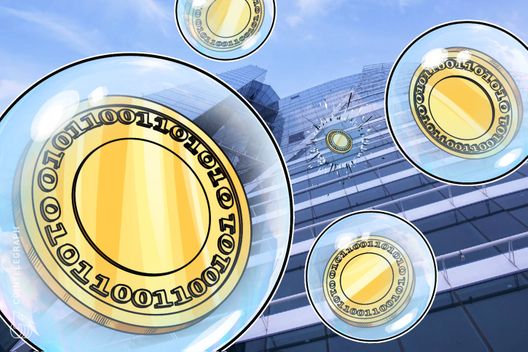 Speaking at BlockShow Europe 2018, Jimmy Wales, the cofounder of Wikipedia, has stated his belief that the cryptocurrency world is “in a bubble.”

The second day of the BlockShow Europe 2018 conference kicked off with a keynote speech by Wikipedia co-founder Jimmy Wales. Wales said that cryptocurrency and blockchain are “in a bubble” Tuesday, May 29.

Speaking as part of a presentation on the objective future of crypto assets versus their representation in the press, the veteran internet entrepreneur delivered frank words about the nascent industry.

“I think this is a space where we’re in serious need of real journalism,” he began.

“…Right now, we are in a bubble, the cryptoworld is absolutely, definitely in a bubble. I don’t think there’s many people who would deny that.”

His comments come as Bitcoin prices continue deflating, hitting lows of $7050 May 28 while so far maintaining support above $7000, something commentators nevertheless this week doubted would last.

Wales echoed broader skepticism of blockchain projects surfacing in the past weeks.

Both Andreas Antonopoulos at a Polish conference earlier this month, along with Bitcoin developers Jimmy Song and Johnathan Corgan at the Consensus 2018 conference delivered damning blockchain versus bitcoin verdicts.

This week, even the Chinese government determined the average lifespan of a blockchain project was just 15 months.

“I’m not here to tell you that it’ll pop tomorrow; things might get even more intense first,” Wales meanwhile continued.

“The thing about bubbles is that you never know when they’re going to end… it might pop tomorrow, but more importantly, it will pop.”