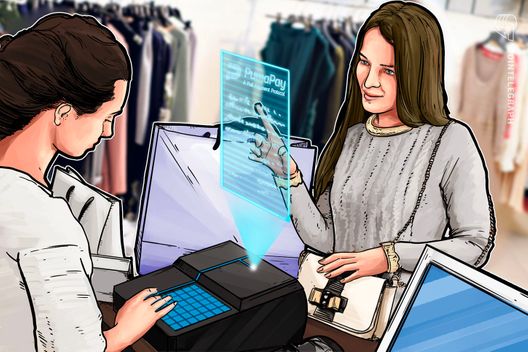 A crypto startup says merchants are being exploited by credit card companies, and is creating a Blockchain protocol which lowers transaction fees.

PumaPay is building a Blockchain-based protocol to reform how everyday financial transactions are completed – with a warning that credit and debit cards are unfit for purpose in today’s “fast-paced, global economy.”

PumaPay claims its system has what it takes to propel cryptocurrencies into mainstream use and rethink how payments are processed. It is developing an open-source “PullPayment Protocol” which enables merchants to pull funds out of a customer’s account with their consent. This would replace old-fashioned methods where a shopper pushes money to a retailer, with the cash going through a long line of intermediaries in a costly process that can take days to complete.

According to PumaPay, its invention is “far more credible, efficient, cost-effective and scalable” than current solutions – and offers much-needed flexibility to make cryptocurrencies viable as a source of payment both online and offline.

Serving merchants, not exploiting them

According to PumaPay, it is merchants who lose out most through the economy’s “anachronistic” reliance on card payments which dominate online shopping sites.

The project says retailers and small businesses face multiple fees, ranging anywhere from 2 percent to 8 percent in some cases. Not only do these charges take a serious toll on a merchant’s profit margins, but PumaPay says long transaction reconciliation times have a detrimental impact on cash flow. Chargebacks are also becoming more common because of fraud and buyer’s remorse, resulting in fines and insecurity – with merchants continually uncertain over whether the money from a sale will reach their bank account.

Despite cryptocurrency and Blockchain representing an exciting development over the past decade, PumaPay argues that none of the currently available crypto-payment solutions are functional enough to compete with big players such as Visa and Mastercard.

PumaPay says it plans to “serve merchants, not exploit them” and make its platform “the de facto standard for modern payments.” It is already promoting the protocol and attracting early adopters who will begin using the system upon release – including brands such as Fashion TV, Rent24, Backpack.io, CCBill, SegPay and other online merchants and payment processors across multiple industries.

Several adult entertainment companies have also embraced the protocol – with the industry suffering from high credit card transaction costs because their sector is deemed “high risk.” PumaPay believes its protocol is well suited to pay-per-view scenarios, providing flexibility for entertainment platforms and protecting their clients’ privacy. IMLive, Vivid Entertainment and LoadedCash are among the high-traffic, high-volume brands who have joined the project as early adopters so far.

PumaPay CEO Yoav Dror told Cointelegraph: “Many online platforms are now releasing their own tokens which are by default limited by a platform’s user base. The PumaPay token transcends merchants, platforms and industries as more and more merchants express the interest in joining the ecosystem. As a result, the product offering will increase along with the PMA [token]’s spending potential and the demand for the token will grow.” The ultimate vision of the PumaPay economy is the self-feeding loop that keeps growing with new merchants and customers.

Merchants who become part of the protocol will also benefit from a hub called PumaPay Pride – an app which alerts shoppers to nearby businesses which accept the platform’s token.

“As flexible as payment cards”

According to PumaPay, the flexible nature of PullContracts means merchants can mold them in ways to best suit their business – allowing them to conduct offline transactions and receive recurring payments.

Examples of potential uses for PullContracts given in its white paper include purchasing a magazine subscription, monthly payments of electricity bills and paying for dinner at a restaurant. PumaPay also believes its system could become an ideal way to make children financially independent, with young people given their own wallets and their parents allowed to veto purchases if the item they want falls outside the parameters of what the pocket money is for. The same scenario of ‘restricted payments’ can be applied to corporate expenses with employees’ wallets provided by an employer.

PumaPay plans to initially launch an Android app for consumers, with a version for iOS and a Chrome-based application soon afterwards. It is hoped shoppers using PumaPay will see costs tumble as merchants cut prices in response to greatly reduced transaction fees.

PumaPay is holding a token generation event for seven days, beginning at midnight on April 26 2018. Depending on contribution levels, it hopes to integrate its first early adopter in the second quarter of this year – and release a simple version of its PMA token. Tests of the next-generation Blockchain, a more advanced version of its token and cryptocurrency wallets would follow towards the end of this year and into 2019.