An economic analysis of the effects the Mt. Gox bankruptcy trustee’s decision to sell $400 million of Bitcoin on online exchanges has had on the Bitcoin market.

On March 7 a report addressed to the Tokyo District Court revealed that a Mt. Gox bankruptcy trustee – Nobuaki Kobayashi – may have contributed to the three month downtrend in the cryptocurrency market.

Over the past three months, Nobuaki Kobayashi has sold over $300 mln in Bitcoin on two public exchanges. Some critics believe Kobayashi’s sales put so many Bitcoin back into circulation, that the sales contributed to severe drops in the price of Bitcoin. Bitcoin has declined 51.6 percent since its Dec. 17 peak of almost $20,000, and it is suspected that Kobayashi was a significant factor in the decline.

Who is Nobuaki Kobayashi?

Nobuaki Kobayashi is a lawyer at the Nagashima Ohno & Tsunematsu law firm headquartered in Tokyo. The District Court of Tokyo assigned Kobayashi to be the Mt. Gox Bankruptcy trustee in a document released on April 24, 2014.

According to the Tokyo District Court report Kobayashi is planning to consult with the court on how the sale of the remaining 66,344 Bitcoin (BTC) and 168,177 Bitcoin Cash (BCH) under his management should be conducted.

“I plan to consult with the court and determine further sale of BTC and BCC [Bitcoin Cash is called BCC in the report – Cointelegraph].” (Mt. Gox report, p. 12)

Nevertheless Kobayashi has already sold 35,841 BTC and 34,008 BCH without consulting the court. “Between the 9th creditors’ meeting [Sep. 27, 2017 – Cointelegraph] and this creditors’ meeting [March 7, 2018 – Cointelegraph], with the permission of the court I sold a certain amount of BTC and Bitcoin Cash (“BCC”) that belonged to the bankruptcy estate,” the report cites Kobayashi.

Although Kobayashi received permission from the Tokyo District Court to sell a certain amount of BTC and BCH, he is being criticized for selling the funds on online exchanges, as this decision has allegedly been the cause of several market disturbances contributing to the downtrend.

On February 7, 2018 it was discovered that seven of the Mt. Gox Bankruptcy trustee’s cold storage wallets were involved in transactions to two different hot wallets – wallets hosted on online exchanges – between December 18, 2017 and February 5, 2018.

It could be suspected that since Kobayashi was dealing with relatively large amounts of Bitcoin, some of the $30 mln + transactions made by Kobayashi from the Mt.Gox cold storage wallets are correlated with significant declines in the price of Bitcoin. On Feb. 5, 6,000 BTC was transferred to an online wallet from three different cold storage wallets for a total of 18,000 BTC. 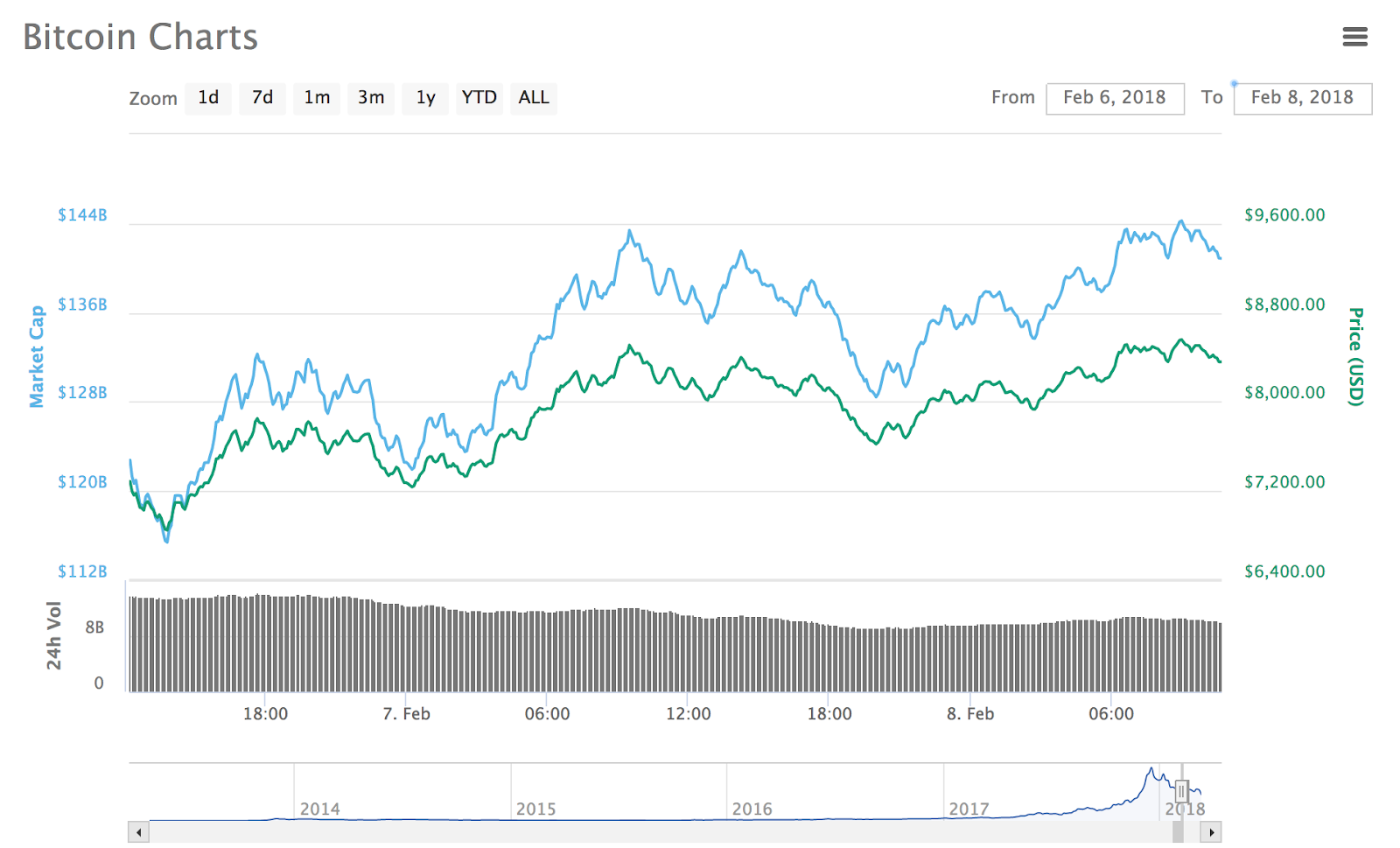 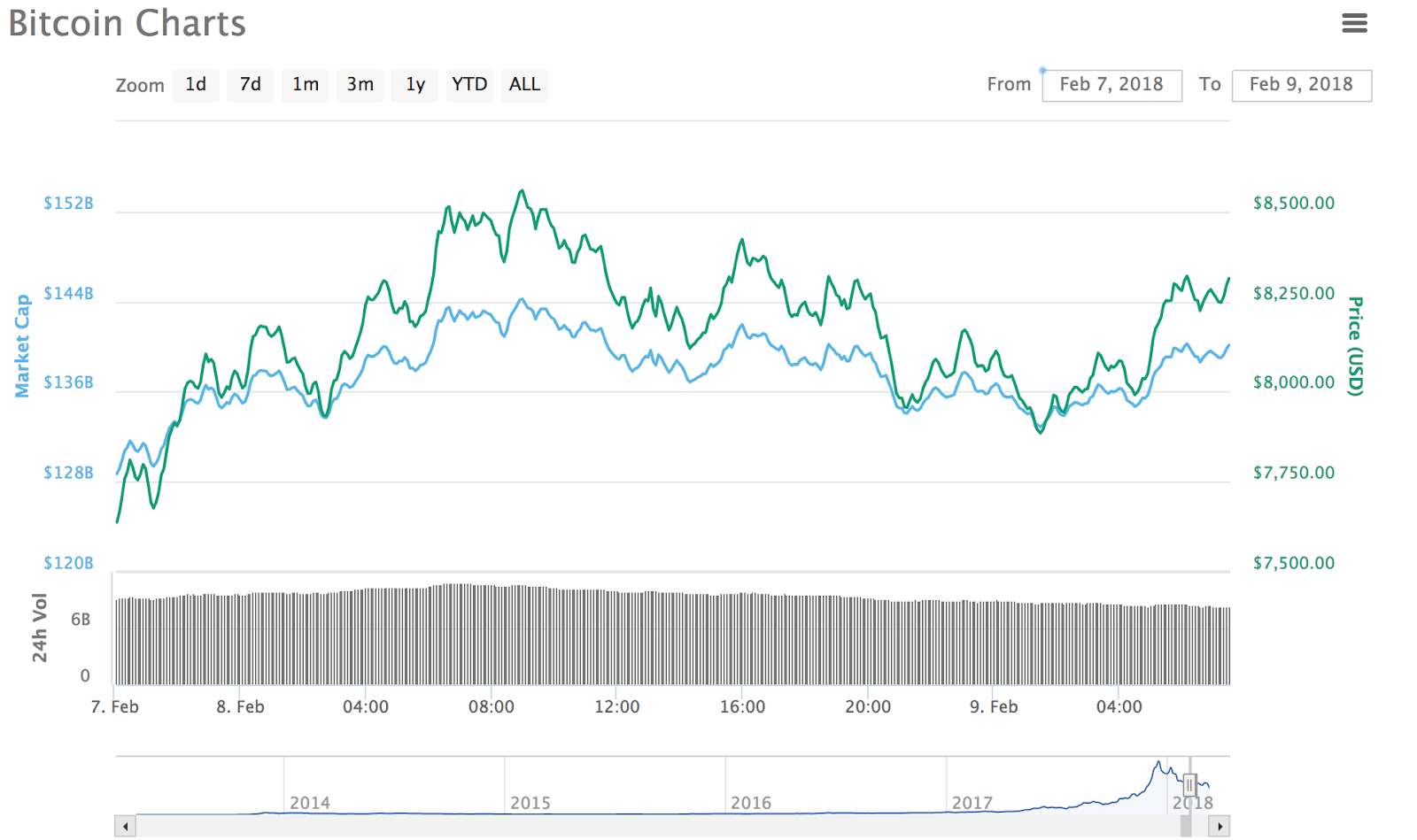 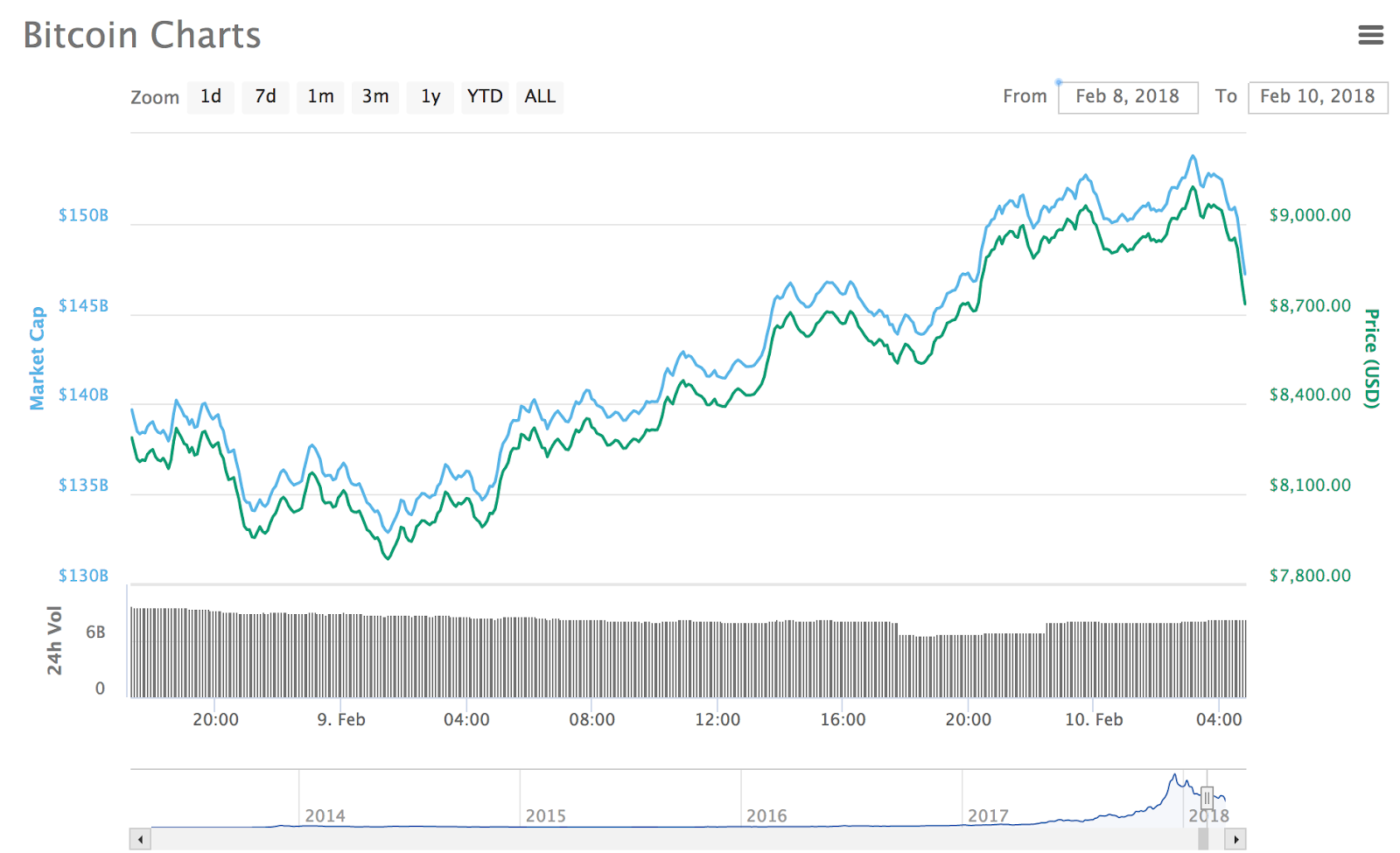 Kobayashi is being criticized for selling large quantities of Bitcoin on two public exchanges. Allegedly, Kobayashi’s sales contributed to the three month downtrend in the price of Bitcoin. But if we look at these seven transactions and five sales by the Mt. Gox trustee, how much of an impact did Kobayashi really have on the cryptocurrency market? 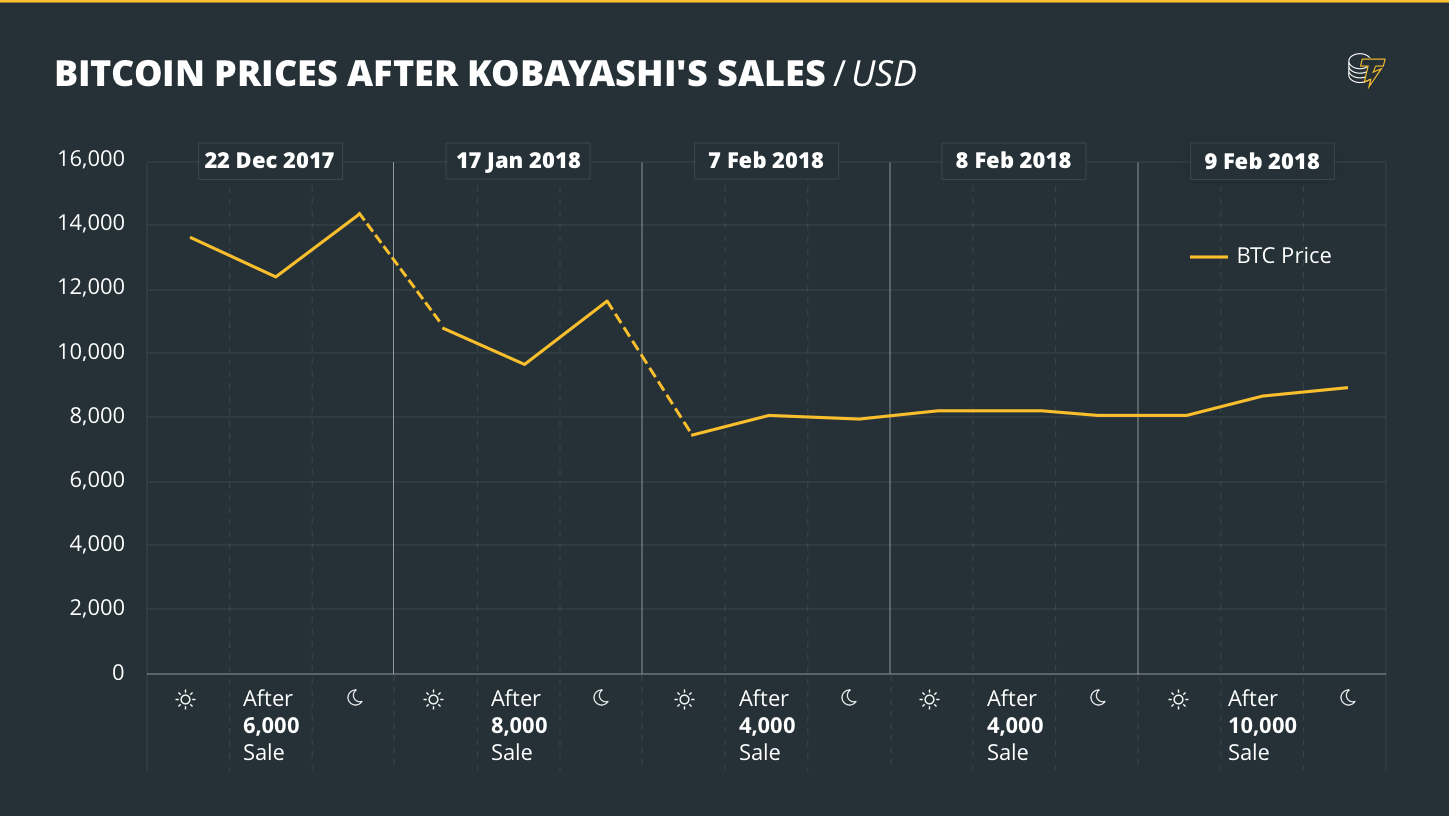 Even though Kobayashi five sales represent over $300 mln in Bitcoin being sold over public exchanges, Kobayashi’s largest sale of 10,000 BTC that netted him around $86.6 mln only represents about .55 percent of the entire Bitcoin market cap, nothing to bat an eye at.

Conclusion: Kobayashi’s actions not so significant

It’s possible that investors bought more Bitcoin after Kobayashi drove the price down, which moved the price of Bitcoin back up and caused the cryptocurrency to finish in the green four out of the five sale days.

The correlation between Kobayashi selling Bitcoin and the return on Bitcoin for the day is negatively correlated at -.655240891. This means that the movements in the price of Bitcoin and the amount of coins that Kobayashi unloads on the market move independently of each other.

The data shows us that Kobayashi’s actions were not as significant to the price of Bitcoin in the short run as some individuals believed they were. That being said, the amount of cryptocurrency under Kobayashi’s management could have the ability to create a panic that causes investors to sell off their cryptocurrency – especially if they get a glimpse at a sell wall created by Kobayashi.

“In my opinion they shouldn’t be allowed to sell any, but if they did then it should be a drip fed amount. Too many [coins] put back into circulation will cause a price drop and that will cause the traders to get scared and sell. A majority [of investors] jumped onto Bitcoin too late, therefore their profits are small. No panic selling. This happened in January and I lost $30,000.”

Although the daily return and price data show that there is a negative correlation between Kobayashi’s actions and the Bitcoin prices in the short run (daily), it would be best if Kobayashi took a less transparent approach to selling the quantity of coins under his management to avoid frightening investors into another mob-mentality sell-off.