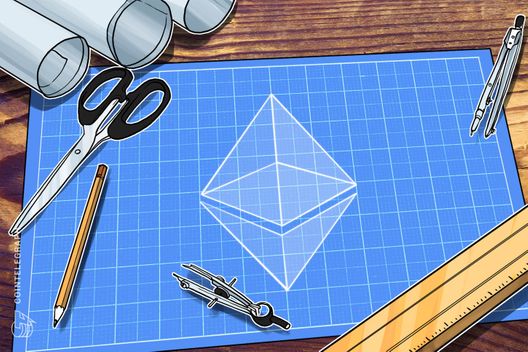 The EEA’s release of the Enterprise Ethereum Client Specification follows an earlier release of an Architectural Stack, with a testnet and certification program to follow.

The EEA, which was formed in March 2017 by Santander, JPMorgan, and a variety of other members, now numbers 500 enterprise members. It focuses on improving the privacy, scalability, and security of Ethereum blockchain applications.

At the beginning of May, the EEA’s Enterprise Ethereum Architectural Stack went live, a software stack which standardizes the specifications for business applications based on Ethereum. The next steps for the EEA will be building a testnet to test proofs-of-concept and a revision of the specifications ideally by the end of the year, followed by a launch of an EEA certification program.

Speaking to Cointelegraph, EEA head Ron Resnick, said that the EE Client Specification is “basically the catapult that launches the whole ecosystem”:

“Without interoperability, the big players aren’t going to want to jump in, because they don’t want to be locked in to one particular vendor for a proprietary solution […] It attracts more and more of the bigger players to come in and make a commitment, because they feel a little more safe that they’re not going to get stuck.”

Brian Behlendorf, the executive director of Hyperledger, said that the release of the specifications is “yet one more way in which the Hyperledger and Ethereum communities are not competitors but allies:”

“We’re very happy that the Hyperledger Sawtooth developer community has the goal of EEA 1.0 compatibility.”

Last week, the Blockchain Research Office of China’s IT Ministry announced that they aimed to release nationwide blockchain standards by the end of 2019. When asked about the compatibility of EEA specifications for the ETH blockchain and potential blockchain standards coming from China, Resnick told Cointelegraph that “we would have to come up with a way to partner:”

“At the end of the day, if 500 companies, and now let’s say we double it to 1000, if all the global countries in the world are basing their solutions on Enterprise Ethereum specification, I would suggest that if China is working on something, they would want interoperability […] All we would do is engage with them, we would share. Our spec, we can have it […] I would think that they would probably want to take a look.”