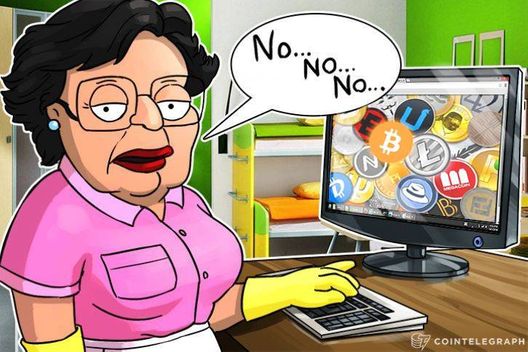 Estonia has rolled back its plans to issue a national cryptocurrency, Estcoin, after criticism from the European Central Bank

Estonia rolled back its plan to establish a national cryptocurrency Estcoin following criticism from the President of the European Central Bank, Mario Draghi, and local banking authorities, Bloomberg reported June 1.

The managing director of the Estonian e-residency program, Kaspar Korjus, proposed the development and issuance of Estcoin in August last year. Along with becoming Estonia’s national virtual currency, Estcoin would ostensibly evolve into the official currency for the country’s e-residency program. In the program Estcoin would serve as an incentive for foreigners who use Estonia’s electronic identification to remotely sign documents and found companies.

Draghi said in September, “no member state can introduce its own currency; the currency of the eurozone is the euro.” Estcoins will now only be given as an impetus to e-residents, according to Siim Sikkut, an official in charge of the country’s IT strategy. Sikkut said in an interview with Bloomberg:

“We agreed in discussions with politicians that Estcoin will proceed as a means for transactions inside the e-resident community. Other options aren’t on the table. We’re not building a new currency.”

Korjus confirmed Sikkut’s statements, saying that “community Estcoin” is still being analyzed. He added that Estcoin “would definitely not be a national ‘cryptocurrency.’”

Draghi’s position was supported by Governor of the Bank of Estonia Ardo Hansson, who complained about “misleading reports” on Estcoin from government agencies.

The Federal Council of the Government of Switzerland recently requested a study investigating the risks and opportunities of introducing its own state-backed digital currency, or so called “e-franc.” Romeo Lacher, the author of the research proposal, said that “an e-franc under the control of the central bank would create a lot of synergies – so it would be good for the economy.”