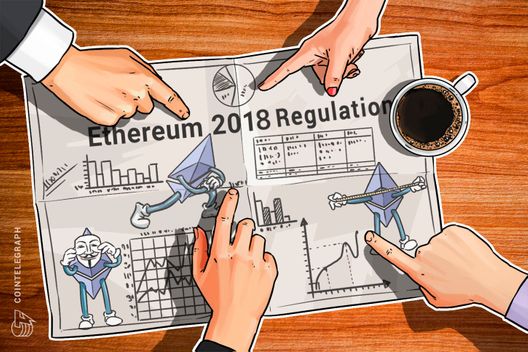 Ethereum players including Parity and Gnosis have committed to an action plan trying to improve ecosystem governance.

Ethereum co-founder Vitalik Buterin has said he did not attend nor give “permission” for approval of a roadmap cementing “governance” this week.

A group of entities had committed to aiding growth of the Ethereum ecosystem, summarizing their intentions in a statement May 9.

The signees, all of which attended the EIP0 Summit earlier this month, identified a need to “help understand, document and improve Ethereum’s governance.”

Members of the agreement include Parity, the startup led by Ethereum cofounder Gavin Wood, as well as ERC20 startups Gnosis and Aragon.

Committing to support “one or more” of a four-point plan, the signees, which refer to themselves as “stakeholders,” also seek to involve the wider Ethereum community in discussing how the network will look in future.

“We all agree that we need to be having productive conversations around the future of Ethereum,” the statement reads.

“…Reaching consensus on protocol changes that may need to be implemented can only happen if we work in parallel to ensure the legitimacy of our shared governance processes.”

The tone of the statement suggests the parties are wary of the pitfalls of attempting to achieve universal consensus. Echoes of the Bitcoin scaling debate, which dragged on for several years and indirectly resulted in several hard forks with distinct communities, still resonate with developers.

Vitalik Buterin, one of Ethereum’s co-founders, has tweeted that he was not at the meeting and that it was organized without his “permission or even involvement.”

Fun fact for @_Kevin_Pham: I was not at this meeting, it was organized without my permission or even involvement, and I honestly don’t really know much about what happened there. https://t.co/T6Ex1zJPXZ