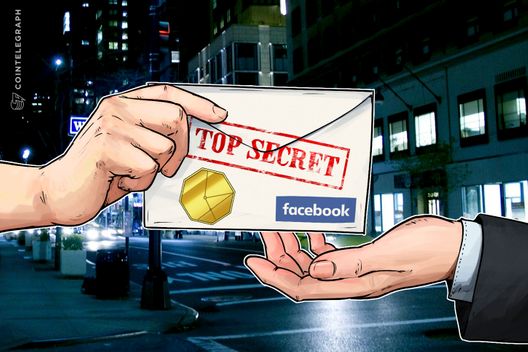 Facebook is reportedly “exploring” the creation of its own cryptocurrency, news media outlet Cheddar reported May 11.

According to Cheddar’s anonymous sources, people “familiar with Facebook’s plans,” the social media giant is “very serious” about plans to launch an in-app virtual coin.

The unconfirmed information comes the same week the platform announced that David Marcus, head of its Messenger app, would transfer to heading a dedicated blockchain research group.

Marcus’ appointment to Blockchain operations was immediately conspicuous, the executive previously having worked in the finance sphere for PayPal and subsequently joining US cryptocurrency exchange Coinbase’s board in December 2017.

The move nonetheless provides for a curious juxtaposition for Facebook, the platform having banned cryptocurrency-related advertising across its network in January. Also citing “misleading or deceptive promotional practices,” the ban was copied by both Google and Twitter soon after.