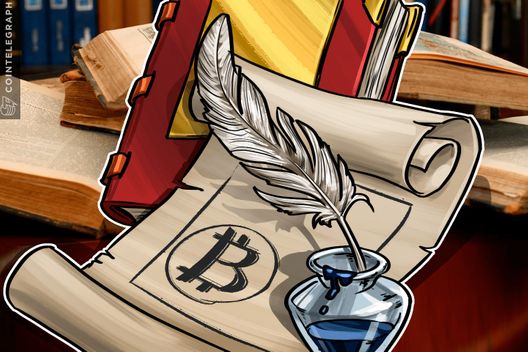 A Federal Reserve Economic Letter shows that the introduction of Bitcoin futures trading directly influenced the decline of the cryptocurrency’s price in December 2017.

Тhe Federal Reserve Bank of San Francisco released an Economic Letter May 7, suggesting that Bitcoin’s (BTC) decline following its $20,000 peak was the result of the launch of Bitcoin futures trading.

According to the letter, optimistic investors who bet that the price was going to rise were the only driver of the Bitcoin surge. Constant price growth attracted more optimists who, in turn, increased the demand even more.

Pessimists had no available instrument to short Bitcoin and to profit from betting on a price decline until Bitcoin futures were introduced. The new investment opportunity caused a fall in demand in the day-ahead Bitcoin market and subsequently sent the price down.

“… The launch of Bitcoin futures allowed pessimists to enter the market, which contributed to the reversal of the Bitcoin price dynamics.”

The letter suggests that the Bitcoin price didn’t collapse overnight after the futures launch by CBOE and CME due to relatively low trading volume of Bitcoin in the futures market.

According to the letter, futures prices for Bitcoin will depend on demand and adoption of the cryptocurrency by traditional financial institutions as “collateral, a means of payment, or a direct investment.” It states:

“If a different cryptocurrency becomes more widely used as a means of exchange in the markets currently dominated by Bitcoin, demand for Bitcoin may drop precipitously because these tend to be winner-takes-all markets.”

Last week, a former Federal Reserve governor said that, had he been chosen as Chairman of the Fed instead of Jerome Powell, he would have introduced a working group to consider a federal digital currency.