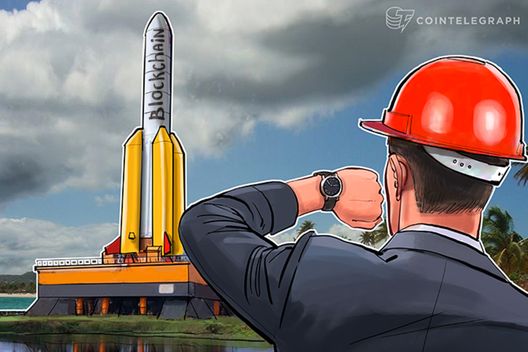 The EOS blockchain is set to launch after a live-streamed vote among “Block Producers” yesterday unanimously voted “GO”.

The EOS blockchain is set to launch today, June 9, according to the results of a live-streamed vote that took place yesterday, June 8.

Candidates to become the EOS blockchain’s so-called “Block Producers” – the equivalent of miners on the Bitcoin blockchain – voted “Go” in their latest voting session to make the EOS mainnet go live at 1:00pm UTC today. The community has yet to confirm that a successful launch has taken place as of press time.

EOSIO, which commentators expect to compete directly with Ethereum (ETH) as a protocol for building decentralized applications (Dapps), also received a new boost of funding last week. The same day Block.one released EOSIO 1.0 to the public, the company announced the launch a $50 mln fund to support the development of the EOSIO “ecosystem”, in partnership with London-based blockchain investor, SVK Crypto.

On June 1, Cointelegraph reported that EOS had completed its year-long token sale, raising a record-breaking $4 bln to become the largest Initial Coin Offering (ICO) in history.

EOS is currently the fifth largest cryptocurrency by market capitalization, with a market cap of $12.8 bln. The coin has seen just over 3 percent growth over the past 24 hours to press time, trading at $14.37.