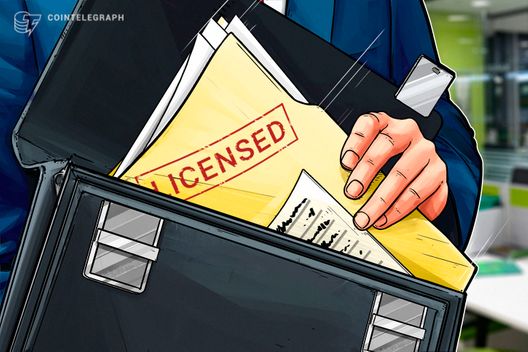 A subsidiary of the Digital Currency Group has become the first New York-based crypto trading company to receive the BitLicense.

Genesis Global Trading, a subsidiary of the Digital Currency Group, has been granted a BitLicense from the New York Department of Financial Services (DFS), according to a press release published on PR Newswire today, May 17.

After the BitLicense became required for all New York crypto trading firms in August of 2015, a wave of crypto companies left the state, either unable or unwilling to comply with the stringent new regulatory requirements.

Genesis, which is the first New York-based trading firm to now operate with a BitLicense and the fifth firm overall to receive one, will be able to trade in Bitcoin (BTC), Ethereum (ETH), Ethereum Classic (ETC), Bitcoin Cash (BCH), Ripple (XRP), Litecoin (LTC), and Zcash (ZEC). The press release notes that Genesis has traded in billions of dollars worth of crypto since 2013.

Before receiving the BitLicense, Genesis had operated under a special DFS provision that still let them trade in crypto in New York state. CEO of Genesis Global Trading, Michael Moro said in the press release that “although we have operated under a safe harbor provision in recent years, today’s decision is an important step forward and reaffirms the robust compliance measures we have enacted as an established trading partner.”

The Square Cash app, which has included a Bitcoin option since this January,  is currently working on getting a BitLicense in order to operate in New York. The app added Wyoming to its list of states allowing the crypto option in mid-March, with New York, Georgia, and Hawaii still excluded.