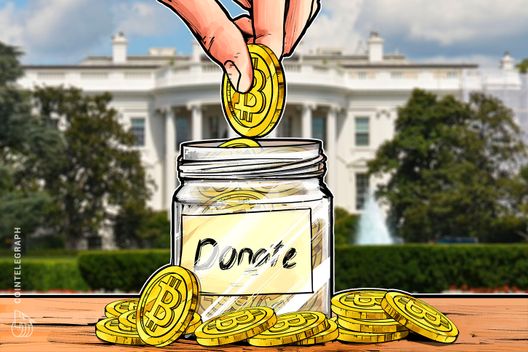 A former Obama advisor and Democratic congressional candidate has come under attack from his rival for accepting BTC donations to his election campaign.

Forde’s rival Dave Min, who is also running for the Democratic nomination for the upcoming congressional elections in California, circulated an ad suggesting that Forde’s donors are “Bitcoin speculators that oppose cracking down on drug deals and human trafficking.” In correspondence with VICE, Forde responded to the ad’s claims, saying:

Forde, who formerly advised the Obama administration on crypto and headed MIT’s Digital Currency Initiative, is a stalwart crypto advocate, leading Bloomberg to dub him “the crypto candidate for Congress.” According to Bloomberg, his campaign has attracted support from the likes of crypto community giants Mike Novogratz and the Winklevoss brothers. His opponent Min on the other hand is a former SEC attorney and current professor of law at the University of California, Irvine.

“While [Min’s] ad disparages a technology he clearly doesn’t understand, the United Nations uses it to address human trafficking,” Forde told Bloomberg, referring to a UN initiative for a blockchain-based digital identity system designed to combat child trafficking globally. “We need more rational scientists and technologists in congress armed with evidence-based policymaking, not politicians making irrational decisions based on their emotions,” he stressed.

As VICE notes, back in 2014 the US Federal Election Commission (FEC) ruled unanimously in favour of allowing political action committees to accept BTC donations, provided donors identify themselves. New Hampshire was the first US state to implement the FEC 2014 rulings, with Colorado suggesting it will follow suit just this week.

The FEC currently treats Bitcoin contributions to campaigns as as in-kind donations, meaning that candidates have 10 days to put the BTC raised into their official campaign depository. As Cointelegraph has reported, the FEC has been assessing whether to amend its regulations so that virtual currencies would in future be treated like cash.