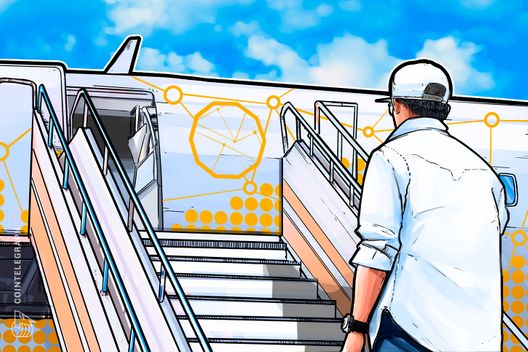 Horowitz previously worked as the managing director and global head of compliance at Pershing LLC — a BNY Mellon Company — as well as leading a variety of compliance and anti-money laundering (AML) programs at Citigroup, Goldman Sachs, and Salomon Brothers, and serving as a banking regulator with the Federal Deposit Insurance Corporation (FDIC).

According to Coinbase COO and President Asiff Hirji, Coinbase hired Horowitz to guide them as the company “expand[s] into new markets, and add[s] new services such as Coinbase Custody and our recently announced acquisition of a licensed broker-dealer,” adding,

“Hiring Jeff is recognition on our part that navigating compliance complexities on a global scale requires a concerted, cross-functional effort, guided by leaders with experience that spans policy, financial services, and corporate governance.”

The blog post notes that Mike Lempres, Coinbase’s chief legal and risk officer, will now be able to “exclusively” focus on the company’s government relations efforts.

Earlier this summer, Coinbase had announced the acquisition of securities dealer Keystone Capital Corp. in addition to Venovate Marketplace, Inc., and Digital Wealth LLC., in their bid to become a fully regulated broker dealer by the U.S. Securities and Exchange Commission (SEC).

At the end of July, documents showed that Coinbase had created its own political action committee (PAC), which could potentially allow the company to channel campaign donations to crypto-friendly politicians.