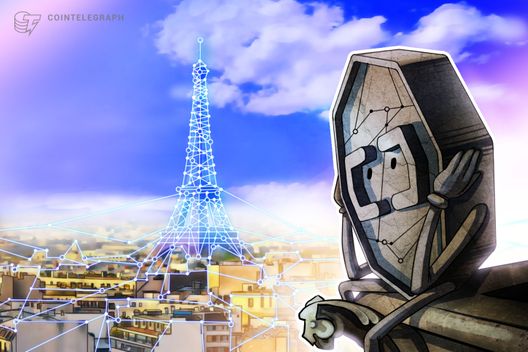 Guide to the blockchain regulation in France.

France has been hard to classify on the crypto lovers/haters spectrum. During the 2018 G20 meetings, it claimed to aim at being a blockchain pioneer. At the same time, its ICO volumes are dwarfed by much smaller neighbors like Switzerland.

On April 26, France dramatically cut the taxation of gains on cryptocurrency trading. Let’s see exactly what the French crypto context is, and how we could evaluate it after the recent regulatory changes.

State agencies all over the world have several incentives to step up their efforts to regulate the use of blockchain technology. Firstly, it fits their mandate to fight against organized crime by monitoring financial flows. Whether they can succeed in doing so is an open question, but it is certain that this goal alone will keep the state on its toes as long as blockchain exists.

Secondly, each national administration tries to encourage business on its territory, and regulation is an essential element of competitiveness. The importance of regulation for a successful blockchain innovation environment can in turn be explained as follows: ensuring a climate of trust helps investment, which itself helps innovation. It can also encourage mainstream users to engage with products associated with a technology that is still in need of legitimacy.

2017 and 2018 have seen a rise in regulatory efforts all over the world, particularly in Europe. The Swiss Financial Market Supervisory Authority (FINMA) gave a topology for tokens. This classification may well serve as reference for discussions all over Europe, given its clarity and pragmatism. No wonder Switzerland (see Crypto Valley) was able to become one of the world leaders for this industry. Likewise, the Italian Ministry of Economics is working on a decree that will classify the use of cryptocurrencies in the country.

On the global crypto map, France illustrated itself with a few successful projects – for example ledger.fr – and now has one of the most forward-looking governments in Europe. It triggers the question: what legal framework is there in France?

On January 15, 2018, French Minister of the Economy Bruno Le Maire created a working group, headed by Jean-Pierre Landau, with the purpose of regulating cryptocurrencies. While Landau’s view of what blockchain technology can enable hasn’t been announced explicitly, he is famous for writing an editorial piece for the Financial Times in 2014 titled “Beware the mania for Bitcoin, the tulip of the 21st century.” Does this mean the French are about to bash crypto-innovation?

Probably not, as Laurent Leloup, a blockchain expert and initial coin offering (ICO) advisor in Paris commented to Cointelegraph:

“The overall legal and business context is very good. Already when he was Minister of the Economy, Emmanuel Macron [the current president of France] launched extensive discussions with the crypto-world in France. What started as the topic of ‘mini-bonds’, continues today with a flurry of parliamentary discussion groups, and consultations between state agencies such as the AMF [the stock market regulatory authority in France] and the private sector.”

Likewise, Bruno le Maire seems to have taken a strong pro-blockchain stance at the G20 in Buenos Aires, saying that “France will not miss the blockchain revolution” and calling for France to take on a pioneering role in the development of blockchain internationally.

Indeed, Gilles Fedak, the computer scientist behind the first large ICO in France, iExec (launched in April 2017), said to Cointelegraph:

“The French regulator is technically very knowledgeable, and consistently demonstrated its willingness to dialogue with entrepreneurs from the field.”

Looking at the recent past, we can identify a few major steps in the adoption of a regulatory framework for cryptocurrencies in France:

Issue #1: Is there “blockchain regulation” in France?

France, as well as the United States, base their regulation on the texts and court decisions that apply and interpret the law. Issues associated with blockchain technology fall under two bodies of regulation:

Unlike the U.S., where the courts have already dealt with a few blockchain and crypto cases, there is so far no court decision on this matter in France, except for the recent one of the Conseil d’Etat about taxing Bitcoin.

Therefore, the blockchain ‘legal framework’ in France, composed of only one specific text and a single decision, is at the moment largely untested.

Issue #2: Is the regulator adhering to a specific token classification?

As stated in the introduction, various token classifications have been proposed. These guide the public debate in their respective countries and are as such a crucial factor in the development of a legislative framework around tokens. The AMF, which can be seen as the French version of the FINMA, consulted in late 2017 with a select group of agents from the blockchain industry with two main results.

First, a classification/definition of tokens in two categories (compared to three categories for the FINMA) was made:

Second, a set of best practices for ICOs was gathered.

Issue #3: What is the legal framework for ICOs in France?

The French ICO industry is still nascent, with volumes a fraction of what can be observed in Switzerland, the U.S., or Singapore. As mentioned above, there is no specific legal framework for ICOs in France. In practice, this leads banks and accounting firms – the first interlocutor of any business – to be very wary of engaging in anything crypto-related. The AMF, however, has announced a set of guidelines for ICOs.

Beyond the token classification, there are some proposals about information that must be provided in a white paper. Namely, any white paper should include:

In the near future, ICOs that abide by these rules as well as other ‘best practices’ – yet to be legally defined – could submit their white paper to obtain a ‘visa’ that would be delivered by the AMF (or one of its affiliates). William O’Rorke, legal advisor at Blockchain Partner, explains:

“France is about to introduce a completely novel framework for ICOs: a voluntary visa system that incorporates much of the ‘best practices’ advocated for by the French crypto-industry. ICOs that comply with these best practices will thus be able to apply for official approval by the regulator. In effect, this visa will split the ICO market between AMF (of some affiliate) approved ICOs and unregulated ICOs.”

The importance of this visa cannot be understated. Echoing the difficulties of the entrepreneurs interviewed by Cointelegraph, William O’Rorke describes:

The visa system could enable legitimate ICOs to more easily interact with critical third parties such as banks and accounting firms. It is also interesting to remark how innovative this voluntary approach is internationally.  Laurent Leloup shares:

“France’s visa approach will for instance be in contrast with the ‘sandbox system’ in place in Switzerland.”

However, not everyone is fully satisfied with the visa approach. According to Adli Takkal Bataille, president of the French association Le Cercle du Coin (‘Circle of the Coin’) :

“In a way, the concept of ‘utilities’ has enabled the regulator to pretend that ‘everything is fine’ and gave it an excuse not to act, even though the risks can be high for investors. As opposed to this, in the United States, the regulators’ default approach has been to treat tokens as ‘securities’, putting investors’ protection first.”

The future will say what solution to the trade-off between investor protection and lightly regulated innovation was best. Surprisingly for France, it seems like the latter has for once been given priority.

The direct effect is that France moves from a progressive taxation (between 14 and 45 percent) to a fixed taxation of 19 percent. This decision refers only to Bitcoin, but in spirit – and in practice – this text will be applied to any other coin.

Adli Takkal Bataille, looking at where France stands at an international level, is careful to bring competing jurisdictions into the equation:

“While the last amendments to the tax systems are good for small investors, they are as restrictive as ever for larger players. The risk is that this creates an exodus to countries that are fiscally more attractive. A real solution would eventually have to be crafted at the European level.”

Issue #5: Taxation of crypto-assets for companies undergoing ICOs in France

The 2014 guidance, like most of the legislation so far, mostly focuses on the taxation of individuals. The tax treatment of ICOs, on the other hand, is still unclear. Gilles Fedak thus remarks:

“The visa system is expected to provide guidelines for how to make ICOs: for instance, what must figure in white papers. This is critical, but it will not, by itself, clarify how crypto-assets should be treated from an accounting point of view. So even after the ‘visa system’, the way accountants should treat the crypto-assets resulting from an ICO will still be unclear. On the other hand, the taxation of crypto-trading started to become clearer with the recent decision of the Conseil d’État.”

The accounting rules for crypto-assets on companies’ balance sheets are a major question mark. This generates a lot of uncertainty because accounting treatment determines taxation. When will this be clarified? No earlier than the end of the year, according to William O’Rorke:

“One crucial element for the industry is the clarification of accounting rules regarding crypto-assets. This, in turns, will guide their taxation. We expect this clarification to fall within the scope of the oncoming tax reform, which is announced for the end of 2018.”

Yet, promising blockchain projects in France are multiplying by the day, hand in hand with the development of an entire ecosystem of financiers, research groups, and tech incubators.

The French legislators are not only supportive for blockchain entrepreneurs, but also quite knowledgeable of the underlying technology. This places France in a good position for more leadership in the crypto industry going forward.

So far, legislators have mostly worked on establishing a legal framework for trading and transferring crypto currencies. On the other hand, accounting rules for the treatment of crypto assets, especially in the context of ICOs, still have to be defined. What comes next? Cointelegraph will keep you updated.

The article was co-written with Pierre de Boismenu, technology lawyer at Bensoussan & Associés in Paris, in collaboration with Cointelegraph managing editor Lucrezia Cornèr.