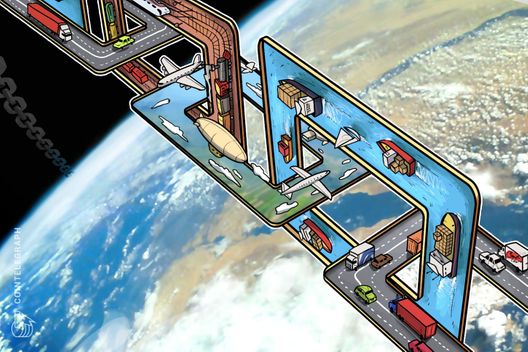 Experts from the DHS, UPS, and Maersk testified on blockchain’s potential to optimize international logistics.

Chairman Ralph Abraham of Louisiana opened the meeting with a statement that highlighted the ledger technology’s potential applications for shipping, logistics, and customs, where it can serve as a force for good for both private and public sectors. Congressman Abraham also stressed the state officials’ commitment to leveraging private businesses’ experience with blockchain to improve the efficiency of government in these particular domains.

The lineup of witnesses who appeared on the floor on Tuesday was quite consistent with the proclaimed private sector focus: three out of four speakers represented commercial entities. Robert Chiaviello, an IPR counsel, spoke on behalf of baby goods company Luv n’care; Michael White is head of global trade digitization at the world’s largest container shipper, Maersk; and Chris Rubio is vice president for global customs brokerage at UPS. The only witness representing the federal government was Dr. Douglas Maughan, cyber security division director for the DHS’s Science and Technology Directorate.

Dr. Maughan was the first to testify. He began with a mandatory yet well-informed nod to blockchain’s capacity to enhance the speed and quality of transactions by making them more transparent, auditable, and automated. The Department of Homeland Security officer then lamented the lack of interoperable interfaces and standardized approaches as companies introduce distributed ledgers in managing enormously complex supply chains in today’s globally interconnected markets and industries.

He then reassured House representatives that his unit is active in developing and testing blockchain-based approaches to supply chain management that are geared towards standardization and incorporate open specifications. He also mentioned a number of other uses of distributed ledger technology (DLT) that agencies across the Department of Homeland Security are looking to incorporate into their day-to day operations. In particular, Maughan described a blockchain solution for the U.S. Customs and Border Protection Agency, which ensures the authenticity of security camera footage. In conclusion, Maughan made the point that “blockchains are rapidly moving from hype to reality.”

It was then Bob Chiaviello’s turn to tell about his company’s struggle with unfair competition from overseas. His account was apparently meant to illustrate some of the problematic, real-life consequences of relying on inefficient and insufficiently transparent supply chains when it comes to retail. He explained that with the advent of loosely regulated digital commerce and direct international shipping of goods through open borders, it became possible for some foreign businesses to exploit Luv n’care’s brand to market their own baby products of inferior quality online.

Back in the day, when goods from overseas were coming in in container loads, it wasn’t that big of a problem: spotting counterfeit products at a customs choke point could deter the bulk of them from making their way to the U.S. consumers. But the current structure of online retail operations makes it much harder to prevent knockoff goods from entering the country since they come in individual shipments, leaving carriers and customs agencies without essential information needed to identify the counterfeit inside. This not only affects Luv n’care’s and many other domestic producers’ bottom lines, but also poses a threat to consumer welfare, as ‘pirates’ seldom bother to use quality materials and comply with health and safety regulations, which are especially strict in the baby goods industry.

Maersk: The only technology that can ensure the level of trust needed is blockchain

Maersk’s Michael White chimed in by stressing the importance of international trade to the U.S. and global economy, but made it a point to highlight how convoluted and oftentimes inefficient the current information exchange system is. Many essential procedures that make the movement of goods possible, he said, are manual, time consuming, and often paper-based. An open and neutral platform for worldwide trade is what the industry needs in order to drastically increase its efficiency, while the only technology that can ensure the level of trust needed for creation of such a global arrangement is blockchain.

White also reminded representatives that in January of this year, Maersk and IBM had announced the launch of a joint venture with the intent to advance towards a prototype for this blockchain-powered system. It will allow for a database of immutable records that will enable tracking the location of every single container at any point in time, as well as for verifying the content of each container. This system will ensure the level of detection and prevention of fraud that will make it impossible for shady goods to travel through its supply chains unnoticed.

UPS: A global blockchain-based shipment tracking system will benefit not only the largest corporations

According to Chris Rubio of UPS, the company has also been investing heavily in researching the ways in which blockchain can enhance supply chains’ efficiency and security by making all shipments “fully declared.” He outlined four key benefits of DLT that the global logistics company acknowledges: integrity, transparency, interoperability, and security. Consonant with Michael White’s account, he noted how the complexity of existing supply chains results in their limited visibility. The introduction of DLT into the industry would help to ‘reduce frictions’ in supply chains and speed them up. He also suggested that a global blockchain-based shipment tracking system would benefit not only the largest corporations, but would also allow mid-sized and small enterprises to operate on it efficiently. In order to achieve that, however, a supply chain-wide commitment and shared standards will be requisite.

As happens with any Congressional hearing on a cutting-edge technology-related topic with which the majority of legislators lack intimacy, the quality of the questions directed at witnesses varied greatly. For instance, several representatives repeatedly inquired how the blockchain-enhanced supply chains would protect particular categories of goods from fraudulent activities – only to hear reiterations of the same general principles by mildly perplexed experts.

Overall, questions related to supply chain improvement added little to what had already been revealed in testimonies. Yet some of the questions came across as well-informed, and others elucidated curious details of the witnesses’ views on blockchain, as the focus of the exchange moved from supply chains to a broader set of issues around the technology.

Representative Bonamici and Representative Beyer inquired whether the developing technology of quantum computing could at some point prove capable of ‘breaking’ the blockchain and making it irrelevant. Dr. Maughan of DHS did not deny that such a concern exists. However, he reassured the legislators that while applied quantum computing is ’15-20 years out,’ blockchain is already here and has to be acknowledged as a reality.

Congressman Randy Hultgren was interested in the scope of cooperation between the witnesses’ organizations and entities developing shared standards and specifications for both blockchain and other internet-based industries. According to Rubio and White, both UPS and Maersk are involved with Blockchain in Transport Alliance (BiTA). Maughan added that the Department of Homeland Security cooperates with the World Wide Web Consortium and the OASIS organization in its work on open specifications for blockchain-powered systems. DHS is also discussing joint initiatives with the National Institute of Standards and Technology (NIST).

Congressman McNerney of California was interested in the energy implications of using blockchain at scale to power the global shipping industries. The experts seemed to have been caught off guard, as Dr. Maughan admitted that large corporations will likely have their own computational infrastructure, while others will be able to outsource this function to miners.

Chairman Abraham raised the question of discrepancy between a digital record of the event or object that is stored on a blockchain, and its physical manifestation. Experts agreed that these two are distinct, and it should be noted that the primary use of distributed ledgers in supply chain management is to store digitized documents. However, there are potential ways of bringing records and tangible facts closer together. For instance, Chris Rubio of UPS described the potential use of X-rays to ‘look’ inside containers, followed by automatic verification of the goods found inside against blockchain-stored records.

Several representatives were interested in the limits of DLT’s applicability. The most compelling answer was that of Dr. Maughan of the DHS: he suggested that blockchain is relevant in systems characterized by multi-party cooperation, while individual organizations will likely not find it useful in their operations.

When Congressman Beyer inquired whether Dr. Maughan regarded voting as one of the spheres where the technology is applicable, he responded that he did not. The reason is that when a person is voting, they only want to share their vote with a single local election authority, and therefore the multi-party principle is not applicable.