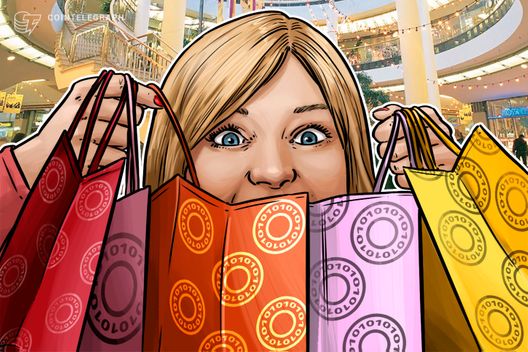 Fundstrat’s Robert Sluymer gave his technical analysis of 2018’s cryptocurrency markets on CNBC, concluding that “you want to be buying.”

Sluymer drew a parallel between the significant impact of uncertainties surrounding regulation and taxation on trading prices in January 2018 – which saw ETH plummeting from $1,000 to $350 – and today’s situation.

Commenting on the markets’ response to this week’s reports of an ongoing SEC probe into ETH, Slyumer came out positive. He showed that ETH has been rallying back into the $700 range, and is seeing a lot of resistance around its 200-moving-day average.

He further pointed out that one of the momentum indicators (Relative Strength Index) shows that the coin was in fact “pretty overbought,” before the recent correction.

Slyumer generalized this positive trend to “most cryptocurrencies.” Bitcoin (BTC), he said, is seeing “a tremendous amount of support” between $8200-8400. He explained:

“[BTC] is starting to stall at the 200-day[moving average], momentum’s gotten overbought, we’re starting to see [a] consolidation, there’s a tremendous amount of support here… The key point here is [the] huge downtrend that’s been in place since January is now reversing. So the question is, are we seeing a bigger bubble or is this a bottoming phase? We think it’s a bottoming phase that’s taking hold, and you want to be buying this pullback from the short-term overbought.”

Slyumer mentioned some onlookers’ comparisons of 2018’s crypto markets to the collapse of the NASDAQ bubble in 2002, which suggest that the year’s early dips could be followed by even more momentous plummets.

Sluymer refuted these for a couple of reasons. Firstly, the BTC market has had “nowhere near” the institutional and private investment that NASDAQ saw in its “bubble” years between 1995-2000. Secondly, Bitcoin’s bull market has only been around for a couple of years, and is now showing very positive signs, given its 70% correction back to the 200-day moving average.

Slyumer nuanced Fundstrat’s Tom Lee’s suggestion that a massive sell-off of crypto-holdings before U.S. Tax Day was behind BTCs and ETH’s worst ever first quarter performances, saying that early 2018’s lows were due to a combination of factors coming together in “a perfect storm.”

He emphasized that the recovery this spring has been relatively “orderly” and “timely,” suggesting a bullish outlook for the future. In January, Lee himself told CNBC that he predicted BTC would hit $25,000 by the end of 2018.