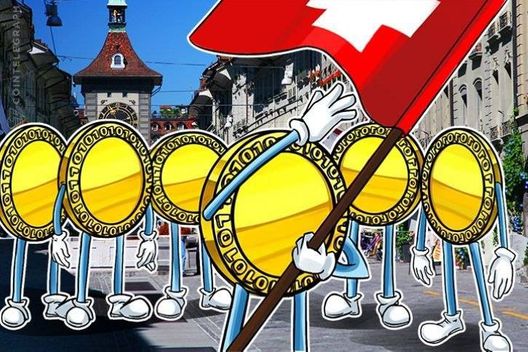 According to Andréa Maechler, a high-ranking representative of the Swiss National Bank, cryptocurrencies have advantages over government-issued digital currencies.

The SNB board member told an audience in Zurich that private-sector digital currencies are better and less risky than nationally-issued versions. Furthermore, she added that a government-issued cryptocurrency could increase the risk of so-called “bank runs” – when a large number of customers withdraw funds from a bank based on concerns about the bank’s solvency.

Speaking to the potential risks a CBDC could have for financial stability, she argued:

“Digital central bank money for the general public is not necessary to ensure an efficient system for cashless retail payments. It would deliver scarcely any advantages, but would give rise to incalculable risks with regard to financial stability.”

The central banker also sees problems with decentralized cryptocurrencies, namely that they can not compete effectively with traditional currency requirements. Meachler referenced that cryptocurrency lacked the requirements of money, referring to its applications as a medium of exchange, a vehicle for long-term value retention, and a stable unit of account.

Maechler also acknowledged that Distributed Ledger Technology (DLT), of which Blockchain is a type, has the potential to reduce costs and increase transparency in the area of ​​international money transfers. However, in terms of data security and reliability, she remarked that DLT does no meet the requirements of RTGS (Real-Time-Gross-Settlement) payment systems.

Her negative attitude towards the concept of a national digital currency stands in contrast to the positions of other nations around the globe, whose central banks have been actively researching the topic.

As recently as Thursday, April 5, The Reserve Bank of India (RBI) announced that it is looking into issuing its own CBDC. In March, the deputy governor the People’s Bank of China expressed interest in creating a state-issued cryptocurrency to bolster the Chinese Yuan (RMB). Earlier this week, a researcher at fintech company R3 predicted that CBDCs would see real-world implementation in 2018.