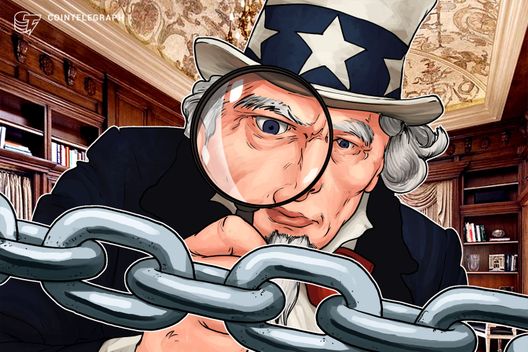 А candidate for Colorado governor has added a blockchain policy to his gubernatorial campaign, aiming to make Colorado a “blockchain hub.”

The Democratic candidate for governor of Colorado, U.S  Representative Jared Polis, has added a blockchain policy to the list of issues of his gubernatorial campaign this year, according to an announcement on Polis’ website.

Having set a goal to establish Colorado as a “national hub for blockchain innovation in business and government,” Polis added a set of blockchain-related proposals to his gubernatorial platform on Wednesday, Aug. 8.

In his campaign, Polis advocates for implementing five blockchain-related initiatives, such as developing cybersecurity infrastructure to ensure the integrity of elections, and building a statewide ‘safe harbor’ to exempt digital currencies from state money transmission laws.

Polis also advocates for blockchain-based solutions in the state’s energy grid, the reduction of government bureaucracy while improving government services, and conducting a survey on further blockchain applications.

Following in the footsteps of Wyoming, which created a new class of assets in defining cryptocurrency as “Utility Tokens,” Polis says on his website that he will “work to establish legislation that protects ‘open blockchain tokens’ or cryptocurrencies that are exchangeable for goods and services.”

Some other U.S. states have already embraced distributed ledger technology. In June, Connecticut governor Dannel Malloy signed SB 443 into law, which establishes a blockchain working group to study the technology in order to make Connecticut “a leader in blockchain technology.” In March, the  governor of Tennessee signed a bill recognizing the legal authority of blockchain and smart contracts for electronic transactions.

Polis, who is currently serving in the House of Representatives, belongs to a small group of crypto advocates on Capitol Hill. The current congressman was instrumental in the founding of the bi-partisan Congressional Blockchain Caucus.

As Cointelegraph reported earlier this week, the chair of the Judiciary Committee of the U.S. House of Representatives Bob Goodlatte might be the first member of Congress to disclose that he owns cryptocurrency. Goodlatte reported that he owns between $17,000 and $80,000 in digital currency in his annual Financial Disclosure Statement.