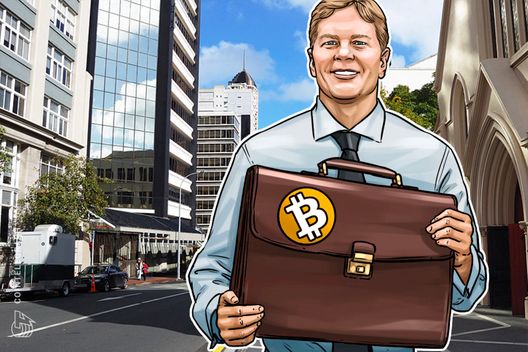 Morehead, whose company returned 25,000 percent in 2017 when Bitcoin hit $20,000, said that $6,500 was the low for the recent bear market, and presented it as an investment opportunity, if anything:

“Something that’s growing that fast hardly ever gets below its 200-day moving average. When it does, it’s a very good time to buy […] you don’t get that opportunity very often.”

Earlier this week, Morehead published a letter on Pantera’s official blog in which he added that Bitcoin is “highly likely to have exceeded $20,000 within a year […] a wall of institutional money will drive the markets much higher.”

In his blog, Morehead cited U.S. federal income tax returns being due this week as one reason for recent momentum to sell off BTC, keeping markets down, an explanation that directly echoes that made by Fundstrat’s Tom Lee earlier this month.

However, he also noted that markets didn’t react negatively to news recently of the US Securities and Exchange Commission (SEC) busting two high profile scam ICOs – he names one of the ICOs as that backed by Floyd Mayweather. Morehead writes:

“When the markets go up on bad news, that’s a great sign, because it basically means you’ve reached peak negativity, where you’ve reached at least a midterm bottom. Provided that nothing drastically changes over the course of the next few months on the regulation side, I think that we’ve seen the brunt of the market’s negative reaction to it.”

Morehead’s bullish predictions align him with other investment tycoons such as Lee, who often provides bullish predictions of Bitcoin’s price, most recently forecasting that Bitcoin is likely to hit $25,000 by year’s end. Last week, venture capitalist and Bitcoin bull Tim Draper said in a speech that he sees Bitcoin hitting a whopping $250,000 by 2022.

Cointelegraph recently published an overview and analysis of Bitcoin price predictions from major investors and economists, ranging from $100 to $100,000.

According to CNBC, Pantera currently has about $800 million in assets under management. Bitcoin is currently trading around $8,270 at press time, up 1.7 percent on the day.