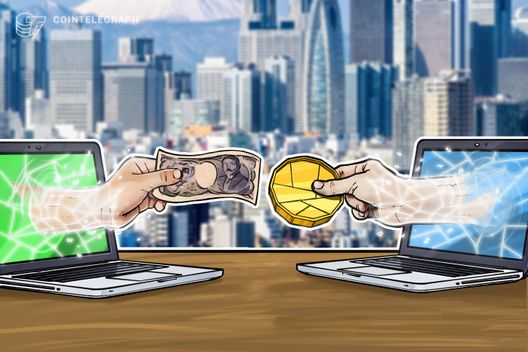 HitBTC has promised to reinstate trading for Japanese users later this year as it works on launching a subsidiary.

After banning Japanese residents from trading on its platform over “compliance” issues, cryptocurrency exchange HitBTC said it plans to reopen trading in Japan via a “registered entity,” Cointelegraph Japan reported June 4.

In a blog post, the world’s eighth-largest exchange by volume – according to Coinmarketcap data – outlined its plan of action after users received letters warning them that the exchange would freeze Japan-linked accounts over “compliance” issues.

“The company has been in consultation with the regulator and decided to suspend its operations for Japanese residents to comply with current regulation,” the post reads.

“The measure has been taken in response to recent regulatory changes by the Japanese Financial Services Agency (FSA), and will apply only to those living in the country.”

While not stating which exact “changes” had led to the move, the exchange appears to have planned a shake-up of its Japanese availability for some time.

“Previously this year, HitBTC team started working with a worldwide-recognized Japanese law firm, the cooperation aimed to get HitBTC through the local subsidiary setup and licensing procedure to resume its services for Japan residents,” the post continues, adding it was also in touch with unnamed “authorities and regulatory bodies from different regions worldwide” over the issue.

Japan has sought to formalize its cryptocurrency exchange market in recent months following the $530 mln hack of Coincheck in January.

Following various closures, remedial measures and a buyout of stricken Coincheck, other operators continue to eye the country as a potential success story.

Japanese financial services giant SBI Group launched its first exchange this week, while the list of competitors includes Yahoo! and the largest US exchange Coinbase.

HitBTC meanwhile plans to launch its subsidiary operations in Q3 this year.