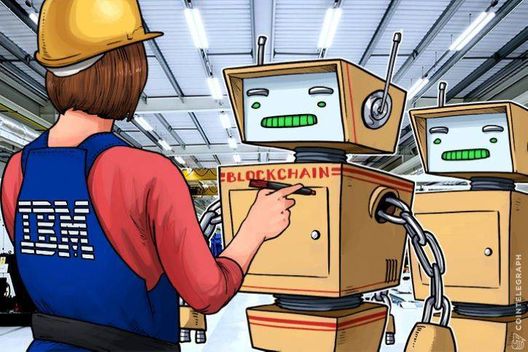 IBM CEO Virginia Rometty has announced a two-year plan to create 1,800 new jobs in France in areas including blockchain, AI, and IoT.

IBM CEO Virginia Rometty has announced that in the next two years the company is planning to create 1,800 jobs in France in the fields of Artificial Intelligence (AI), blockchain, and the Internet of Things (IoT), Le Monde reported May 23.

The announcement was made at the Tech for Good summit in Paris, which was hosted by the President of France Emmanuel Macron.

Pursuing the idea of making France a “center of excellence” dedicated to artificial intelligence, the tech giant is looking to hire 1,800 specialists in France in areas including blockchain, AI, and IoT. This includes at least 400 research jobs that were announced in January. In their efforts to expand operations in France, IBM is cooperating with major clients such as Crédit Mutuel, Orange Bank, Generali, SNCF, and LVMH.

Building on the American classifications of “blue collar” or “white collar” jobs, Rometty said that IBM will bring a training program for “new collar jobs” to France.

IBM has been steadily expanding its involvement in blockchain, applying the technology in a number of projects. In January, the company partnered with Danish transport and logistics company Maersk to create a blockchain-based shipping and supply chain venture. The goal of the project is to commercialize blockchain for all aspects of the global supply chain system.

In March, IBM announced that the world’s smallest computer will use blockchain technology and soon be “embedded into everyday devices”. The company claims that within five years “cryptographic anchors — such as ink dots or tiny computers smaller than a grain of salt — will be embedded in everyday objects and devices.”

Last month, payments and technology company MasterCard announced it will hire 175 new employees in Dublin, Ireland, including blockchain specialists, in order to increase its presence in the country.